Is Explosive Payday a scam or not? Kelly Simmons has been involved in other scam platforms. Is this the same Kelly, making a return with a new platform designed to relieve us of our money?

If you're really tired of all the scams, click below for something that works… 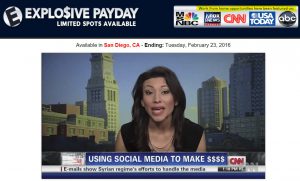 What Is Explosive Payday About?

This scam has been around for a while now and keeps appearing under new website names. This time, though, the scammers have changed their approach, advertising it as a social media job and they’ve also reduced the price (normally charging a $97 joining fee).

On this occasion they try to lead people to believe that Facebook is actually hiring online workers, but in actual fact it’s all a lie. The only reason they have decided to use Facebook as the opportunity is to try and make it all sound legit.

But it’s just the same old scam, where they promise easy money for very little work or effort. 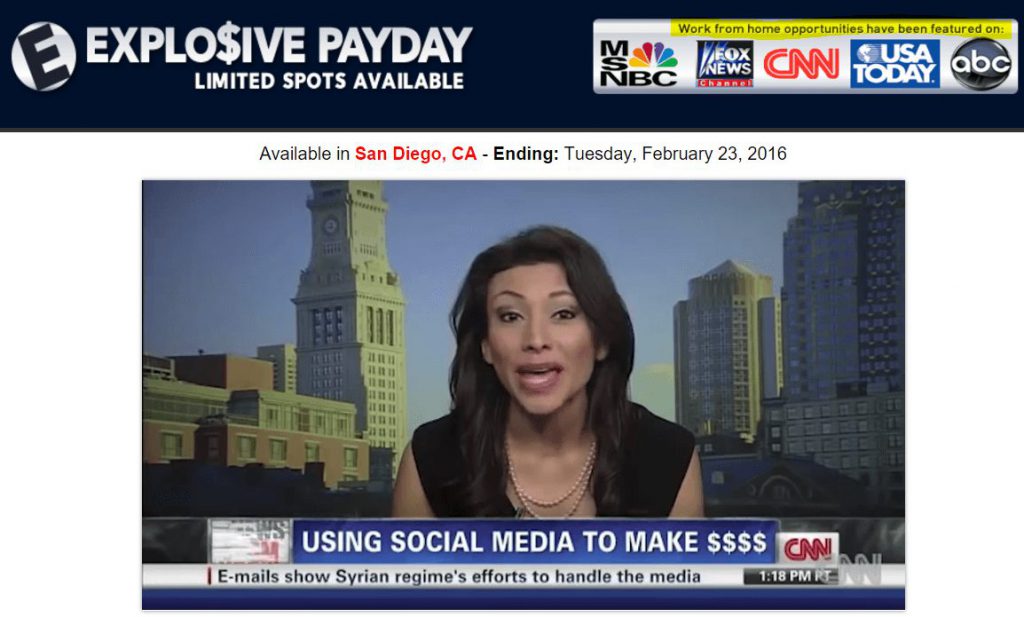 The Same Scam Reinvented – Yet Again

These same people (no one knows who they are as yet) keep reinventing the same old scam, but just change the name of it. This time it’s called Explosive Payday, but some other names it goes by include:

I’ve actually reviewed at least 20 of these same sites over the past few months and there are still more out there. 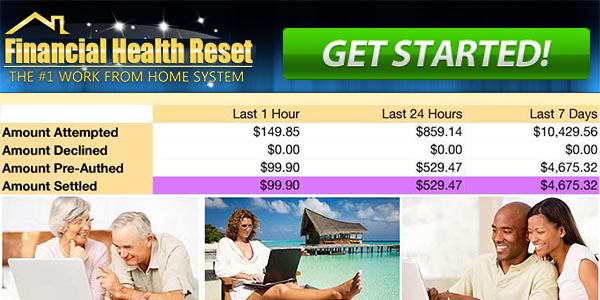 All of the sites, including Explosive Payday, will have the logos of world-famous news channels on the website header. They make statements that their online job platform has been featured on these news channels, and often have videos with some generic bit of footage where the presenter is talking about people making money working from home. However, it all has nothing to do with Explosive Payday.

This is a tactic they use to try and make their platform look above board, just like with the mention of Facebook, but it’s all lies.

Kelly Simmons makes a return as the person promoting the platform. She’s been the figurehead for a number of these scams. Generally they’ll use a new alias for each of their numerous sites, but sometimes they repeat the name.

A few of the other common names are”

All of these names are fake with fake photos to match. Sometimes when they repeat the name – such as with Kelly Simmons, they’ll have completely different photos representing Kelly Simmons. 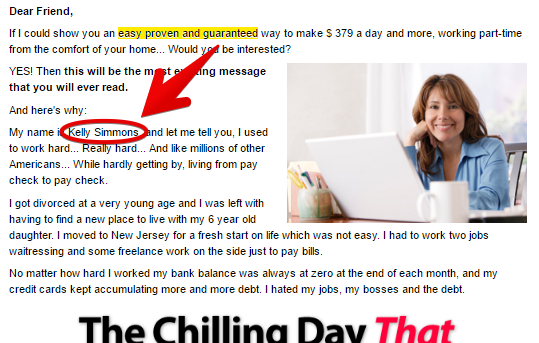 Many businesses, legit or otherwise, love making use of this ploy. With the case of Explosive Payday they claim that there are limited “job positions” available in your area (usually only 9 positions left), so you better hurry up and hand over your money before you miss out.

Explosive Payday doesn’t want you to have time to think about things. You might do some research and realise they’re a scam. They want you to act now and give them your credit card details.

You will see the same faces for the alleged legitimate testimonials on a number of their websites, yet the name of the person writing the testimonial will sometimes be different. A bit like the completely different photos of Kelly.

All the testimonials are fake and full of lies. Most likely they are written by the people running the scam, or they commissioned freelancers to write them. 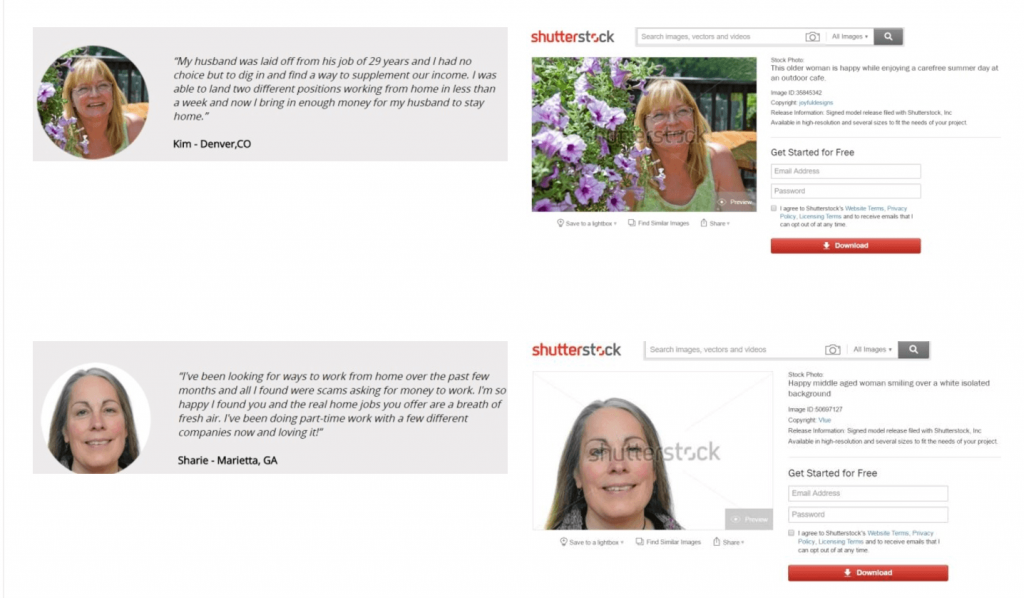 What Is the Fake Job

It’s always the same thing. They pretend they have an internet job for you. Well, they do, but it’s fake and just an excuse to get you to join. The job is link posting, where they tell you to post affiliate product links in various places online, such as:

Explosive Payday say they pay $15 for every link posted. Of course, this never actually happens, but they pretend it does. They even include a handy calculator so you can work out how much money you will make each day.

There’s no record of anyone ever getting paid, but plenty of complaints from people who don’t get paid.

What Explosive Payday Is Really Up To

Explosive Payday promises big and easy money to make it that much more appealing to join. They don’t care that they lie to you to suck you in, just so long as they succeed. They want your money, and more than just the amount you pay when you join.

They also want your details, especially your email and your phone number. This way they can constantly communicate with you and push you to buy a whole host of other products. Most of their upsells are expensive and they claim you can’t make the promised money until you buy them.

Once they’ve finished squeezing every cent out of you they can get, they will sell your information to other marketers so they can have a go at getting money out of you as well. 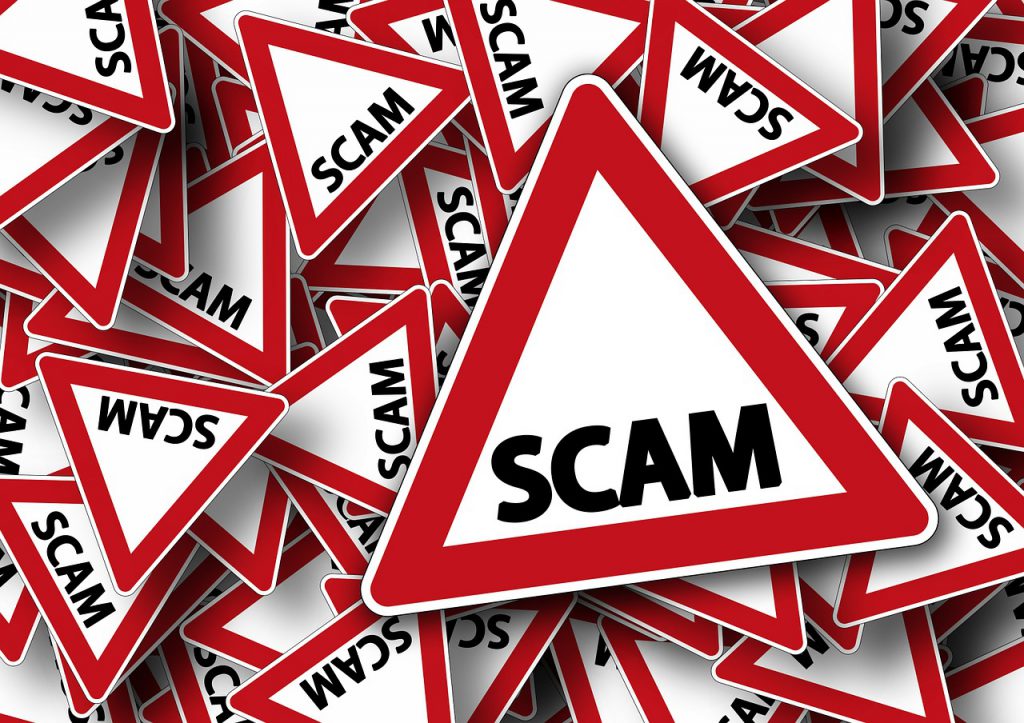 Many people are looking for ways they can make some extra money that doesn’t interfere with their current schedule. When they come across something that sounds as great as what Explosive Payday is offering, they want to jump at the chance because it sounds perfect. These scammers prey on this crowd, offering them a deal they find hard to refuse, even though it might sound too good to be true. 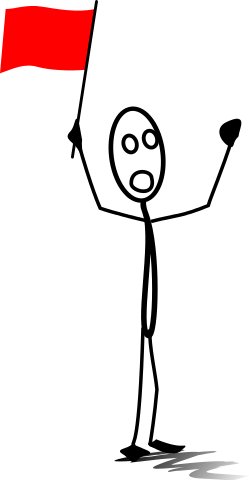 How Much Does Explosive Payday Cost?

They’ve changed the price on this one. Instead of the usual $97, they are offering the first 5 days for $9.95, after which they charge $29.95 a month. Which is all ridiculous anyway. They’re supposed to be offering people a job that they get paid for, not charging people to get a job.

Is Explosive Payday a Scam?

Explosive Payday is a scam just like all the other fake websites and fake jobs they advertise. This platform offers nothing except an opportunity for you to be fleeced of your money.

You can do it with an affiliate marketing business. It’s what I do and I make all my living entirely on the internet. I get to be my own boss, work my own hours and make really good money doing something I enjoy.

If you would like to do what I do, then do the training I did that got me to where I am today. Click the banner below for more information.

2 thoughts on “Explosive Payday Scam – Avoid It At All Costs!”