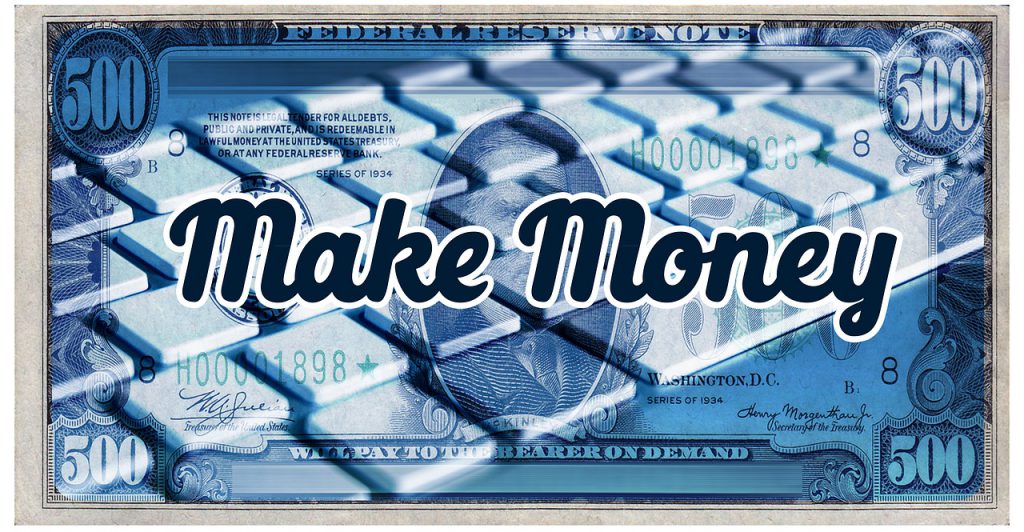 Jack rubbed his eyes after hours of staring at a computer screen. He went back to his Google search, where he had typed “I want to start an online business” into the search bar. Most of the results that had come up looked like so-called “gurus” peddling money making scams. Some posts had some useful information, but after hours of searching and reading he was feeling more confused than ever.

His phone beeped then, indicating he’d received a text message. When he saw who it was from, he smiled. An old friend had returned to town and wanted to meet for coffee at a local cafe. Having had more than enough of staring at his computer, Jack messaged his friend back saying he would meet him in half an hour.

With five minutes to spare Jack found a parking space just a short distance down the road from the cafe. Which was surprising, because at eight thirty on a Thursday night this street was quite busy. Dodging pedestrians as he quickly walked down the path, Jack spied his friend already standing out the front of the cafe waiting for him.

“Phil!” he said and smiled as he shook his old friend’s hand. “It’s gotta be a year since I saw you last.”

Phil returned the smile. “A bit more than a year actually, but business is going well.”

They ventured inside the cafe, Jack’s nose being greeted with the pleasant aroma of freshly brewed coffee. Despite the crowded street outside, the cafe was almost empty and very quiet, apart from the intermittent raucous sound of milk being heated on the espresso machine. They sat at a table down the back just below the chill of the air conditioner mounted on the wall. A pretty waitress took their order, then hurried off to get their cappuccinos.

“How’s work been going?” Phil asked Jack once they were settled.

Jack shrugged. “It’s okay, but with the new mortgage I’ve just taken out I really need to earn more money. We’re only just making ends meet at the moment, but I want to do better than just scrape by week after week.”

Phil nodded his understanding and looked thoughtful, but said nothing.

“The last few days I’ve been searching the internet for viable ways to make money online,” Jack continued. “I thought if I could start some sort of online business that I can do in my spare time from home, it just might bring in the extra money we need.” Jack paused as the waitress arrived with their coffees. He spooned a sugar into his frothy mug and gave it a stir before taking a sip. It tasted strong, just the way he liked it. 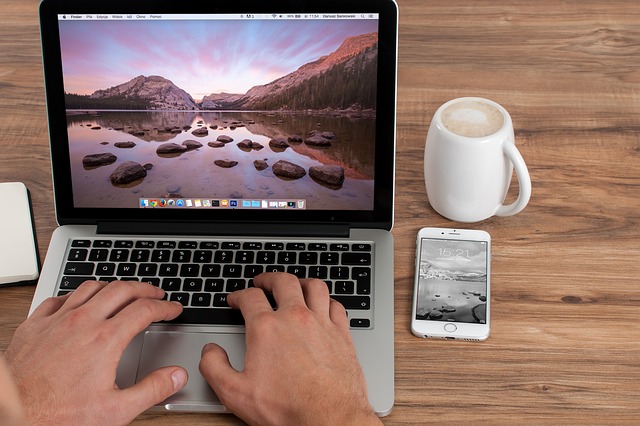 “So, what sort of online business are you looking to do?” Phil wanted to know.

Again Jack shrugged. “That’s just it. I have no idea. I’ve been searching stuff for days, but most of what I come across just screams scam to me.”

Phil smiled an ironic smile. “Yes, unfortunately there are a lot of scams out there.” He took a sip of his coffee without adding any sugar to it. “But there are legitimate opportunities as well. It’s just a matter of finding them.”

“My brother in law is actually doing really well with affiliate marketing. He’s been doing it for a few years now and is always trying to talk me into doing it.” Phil drank more coffee and checked out the waitress as she tended to a table of new arrivals, then looked back at Jack. “But I’m just too busy with my own business. I don’t need another one. It could be a good opportunity for you though.”

“I did read quite a bit about affiliate marketing, but everything I read just confused me even more. Everyone has something different to say about it. It sounds like a workable idea, but I have no idea where to even begin.”

“What kind of training?”

Phil looked at Jack like he was retarded. “Affiliate marketing training, of course. Through being endlessly bombarded by my brother in law about it, I actually know quite a bit. Even if I haven’t done it myself.”

“It took a little while for his affiliate marketing business to get going, and there was quite a bit of work and learning involved in the beginning, but now he’s earning a fulltime living out of it, and much of that income is passive.”

“Now I’m really interested,” Jack sat up straight. “That’s sounds exactly like what I’m after. Did he do some training? Who with?”

Phil drained the rest of his coffee and signalled the waitress over to order refills. After that was taken care of, he returned his attention to Jack. “He trained with a company called Wealthy Affiliate. Reckons they’re the best he could find online.”

“Is the training all done on the internet?”

Phil nodded. “All done online in your own time. And get this. It’s actually free to join initially. Apparently you can even do ten lessons of training at no cost, just to try it out. And you learn at your own pace. Bryce is always talking about it. He loves this internet marketing stuff and swears by it. He’s still a member of Wealthy Affiliate, even though he finished their training a long time ago. Reckons all the other members are an endless pool of valuable knowledge.”

Jack was deep in thought for a while and barely noticed the waitress arrive armed with fresh coffees. He hardly even registered himself stirring sugar into his cup, functioning on autopilot as he mulled over what Phil had just been talking about.

“What else do you know about it?” Jack asked his friend once the waitress had disappeared again.

Phil pondered the question for a moment. “I know as a free member you can build two websites and host them for nothing.”

“They use WordPress apparently.” Phil sipped from his new coffee. “You get heaps of themes to choose from to make your website. Bryce has two websites and they look really good. I was surprised.”

“Hang on. Back up a little. So I have to make a website? I know nothing about coding websites.”

Phil shook his head adamantly. “You don’t need to code anything. With WordPress themes it’s all pretty easy. Anyway, the Wealthy Affiliate training takes you through all that one step at a time. You create a website, set it all up properly, start writing content for it, then monetise it with relevant affiliate offerings.”

“Once you start doing the training you won’t be. Bryce new nothing about internet stuff or websites when he first started, yet he’s now got a really successful online business because he did this training. If he can manage to do it I’m certain you can, Jack.”

“So you think it’s pretty easy?”

“By the sounds of it the training is. I don’t know if getting your online business up and running and profitable is easy. That’ll take some work and commitment, but if you learn how to do it properly and put in the work now, in your spare time like you say, I’m sure that work and training will pay off for you down the track.

“Some days Bryce doesn’t even work on his business,” Phil went on. “A few months back he took his wife and daughter on an extended overseas trip, where he occasionally worked on his business as they travelled across half a dozen European countries. He calls it complete lifestyle freedom.” 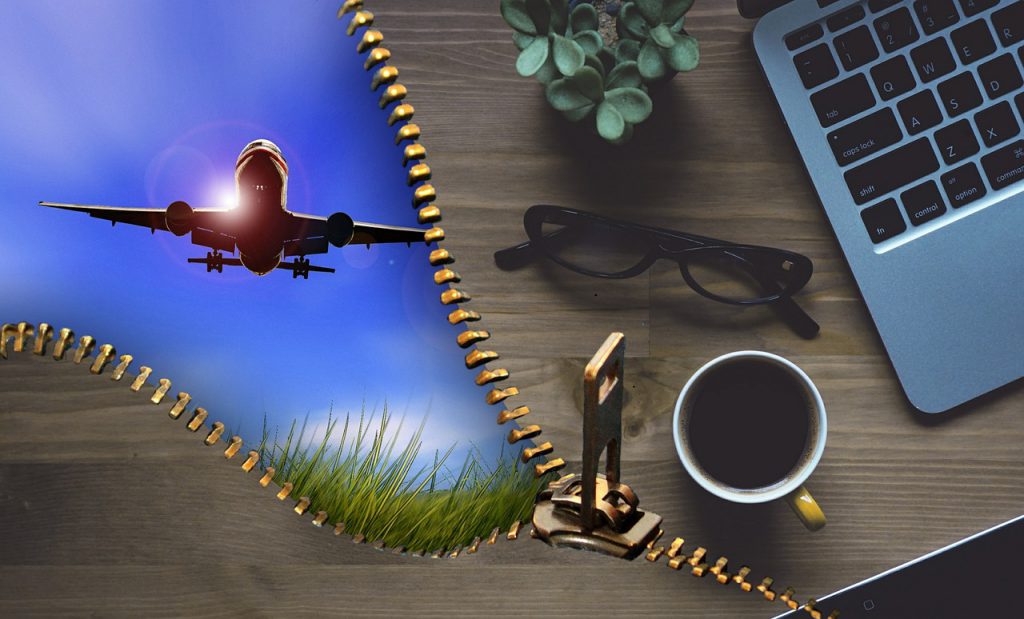 “Wow,” Jack said, visualising it all. “That sounds awesome. That’s what I want. I know it’ll only be part-time for a while, but maybe eventually I can get it to a fulltime income like Bryce has.”

“He doesn’t just plan to make wages out of it though,” Phil said. “Bryce is always looking for ways to scale his business up so he can make even more money. Says he knows another affiliate marketer who pulls in well over six figures a year from it and it’s growing.”

“I’m sold,” Jack was adamant. “I’ll definitely look into this when I get home. What’s the website address?”

Jack keyed this information into the notepad app on his smartphone and put it back in his pocket. His mind was buzzing now. He knew he could learn what he had to and put the work in. He had no aversion to that at all. What he was desperately seeking was a positive direction and now he had one.

The pair went on to chat about other things for the next half an hour before parting ways. The moment Jack got home he switched on his computer, typed in the web address for Wealthy Affiliate and set up a free Starter account.

From that moment on he was hooked.

2 thoughts on “I Want To Start An Online Business”