Is Super Affiliate Success System a scam or not? It looks suspiciously similar to a few other schemes I’ve reviewed, but is it the same thing or something new? Can members honestly make thousands of dollars a month with this system?

Let’s take a look and find out the truth…

Tired of scams and programs just full of hype?

Likely you’ve received an email about Super Affiliate Success System, heard about it online, or been approached by someone you know, trying to talk you into joining under them. The fact that you’re here reading my review means you’re smart enough to do some digging first before signing up, and with so many make money online (MMO) scams out there, that’s always wise.

On my website I do my best to expose any scams I come across, as well as schemes that may not be scams, but really aren’t worth your time. I also highlight the good stuff I come across that is worthwhile.

So how does Super Affiliate Success System rate?

What Is Super Affiliate Success System?

There are a number of high ticket affiliate programs out there that basically just recruit members to sell the very platform they joined. One that springs immediately to mind is MOBE, while Digital Altitude’s Aspire is another. One of the earlier very successful ones was Empower Network.

What’s common practice with affiliates of these high ticket platforms is to create their own websites and make out like they’ve devised some brand new money making system, when in actual fact all they’re doing is feeding people into the parent program they’re really promoting so they can earn affiliate commissions.

There’s nothing at all wrong with an affiliate making commissions if they’re upfront about what they’re selling, but these affiliates rarely ever are.

How do I know the same person is behind both sites?

If you want to make money with affiliate marketing, then do the easy training I did. It's FREE to join. Click here for details.

Like I said, there’s nothing wrong with wanting to make some affiliate commissions, but just be transparent about it.

I don’t know if Aspire, Super Affiliate Network and MOBE all train their affiliates to use this tactic or not, but so many of them do.

Once more, which is so painfully common, we are basically greeted with a one page website that just acts as the host for a very hyped up sales video. The message is always the same: Make massive amounts of cash in quick time with no effort and all on autopilot.

If making money online were that easy, not only would everybody be doing it, but every person on planet Earth would be wealthy.

Is that the case?

It’s just sales BS, telling people what they want to hear so they’ll get all excited, sign up and willingly hand over all their money in the hope of finding a super easy payday. 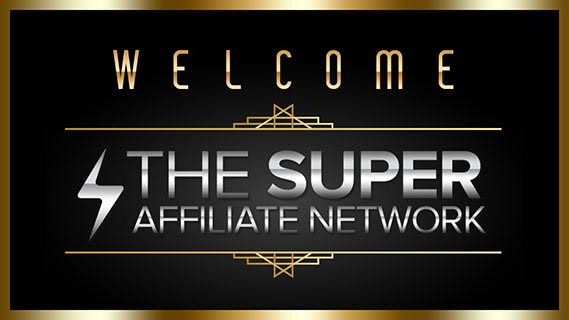 I consider Super Affiliate Network a legit platform in some respects, but at the same time I don’t recommend joining it, or MOBE, or Aspire, or anything similar.

You see, the very fact that keeps these platforms alive is recruiting new members and making it mandatory for members to actually own a particular product before they can earn commissions selling that product. This means you pretty much have to buy everything on offer at Super Affiliate Network so you don’t miss out on commissions. This can set you back thousands of dollars.

In my opinion this scheme really is targeting people who are new to making money online and are seeking out an opportunity that sounds enticing. Throw up big dollar signs with little effort required and you have a winner. That’s how these schemes suck people in. They target the unsuspecting and then just tell them what they want to hear.

There is no training to speak of on the Super Affiliate Success System platform, but once you’re fed through to Super Affiliate Network there’ll be plenty to do. The only problem is, you have to pay for most of the modules separately before you can participate. And really, you need to do most if not all to have any success with the SAN scheme, the way it’s set up.

How Much Does Super Affiliate Success System Cost?

When you join this you are buying a basic membership into SAN instead, and that membership doesn’t get you a hell of a lot in the overall scheme of what Super Affiliate Network does. In fact, you really need to spend thousands more so you have the tools to earn, as well as being eligible to earn.

To join SAN at the base level costs you $37 a month. 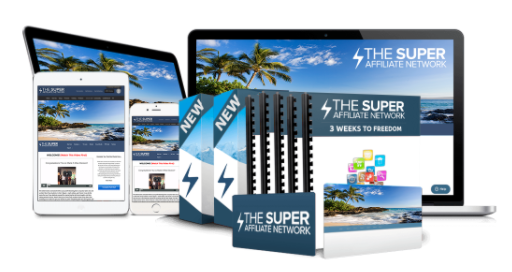 While Super Affiliate Network is on the level and not a scam, I don’t like the way this affiliate uses very deceptive tactics to get people to join SAN. The affiliate also has an identical feeder site called My Super Affiliate Mentor which uses the exact same tactics of deception and hype to hook people in.

There is nothing new here. In fact, there is nothing here at all except a video. Super Affiliate Success System is merely a portal into the parent company. 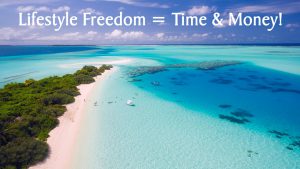 Affiliate marketing is an awesome way to make money online, but I’d never restrict myself to a platform like SAN to do it. As an affiliate, you shouldn’t be forced into buying the products you want to promote either.

In reality affiliate marketing is a very simple business system. It takes time and work, but the overheads to run it are virtually non-existent, and that’s one huge hurdle out of the way immediately for most people.

It doesn’t really matter whether you are just looking to make a bit of extra cash, or you hope to go fulltime with it, either works well with affiliate marketing, as you’re working for yourself from home and can do as much or as little as you like. Obviously the more you put into it the more you’ll earn, but the choice is yours.

You don’t even need tech skills and you don’t have to be some super salesperson. You just need a desire for a better life and be willing to take some training that shows you how to be successful with it.

I’ve written a FREE make money online guide that explains how it all works and makes it easy to get started. Just click the banner below to have a read. Takes about 5 minutes.

Inside the guide you’ll learn more about affiliate marketing, what the major benefits are of running a business online, as well as further details on the training I recommend – the same training I did myself. The training even kicks off for FREE!