BTC Clicks is a scam or not? Perhaps you’ve been asking yourself this question? This is yet another rewards type of site, but pays in Bitcoin instead of cash. Is it worth joining, though, or is it a complete waste of time?

Read on to find out what it’s all about…

If the goal is to make real money and not peanuts, then click below… 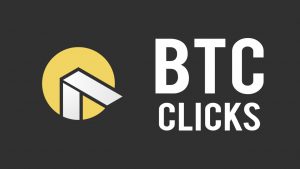 What Is BTC Clicks?

This PTC (paid to click) site started up in 2013. Instead of paying rewards in dollars like most other similar sites, BTC Clicks differentiates itself by paying rewards in Bitcoin instead. Essentially you earn rewards by clicking on ads and watching videos. You won’t earn much for your time, but it is a simple way of getting a little bit of extra cash.

True, you could earn some extra coin with this, but it won't amount to much. If you want to try something that can lead to more than a fulltime income from home, then give affiliate marketing a go. Try the Wealthy Affiliate training to get started. It's FREE to join!

Joining is free, and once you have your account set up you can start clicking on ads. When you find an ad you want to click on, you’ll be redirected to a video advertisement. You must watch it all the way through to earn the designated reward amount. Some ads might only run for a few seconds, while others could be over a minute.

Because BTC Clicks don’t really screen their advertisers, you will sometimes come across ads that are promoting obvious scams. Be careful not to take action on any ads that sound even remotely dodgy. You can watch them and earn rewards, just don’t take any further action.

How Much Money (Bitcoin) Can You Actually Make?

You’re not going to make much. That’s just the way it is with sites like this one.

What this means is that you’re going to be earning bugger all for your time watching ads, many of which are from dodgy promoters. In dollar figures this amounts to an average earning of less than 1 cent per ad you watch.

The other thing to consider it that the value of Bitcoin compared to the dollar fluctuates, so what you’re earning one day will be different to the next. If the value of Bitcoin skyrockets again, then your earnings will obviously be worth more. Chances are, though, that if this happens, BTC Clicks will actually lower the earning amount even further so in dollar figures it stays roughly the same.

With any sort of PTC site you can never expect to earn even useful part-time cash, let alone anything truly worthwhile.

Like most of these sites, BTC Clicks does have a referral program where you have the potential to earn more by referring others to the platform. In fact, this is probably the best way to make a site like this more worth your while. The trick lies in being able to recruit a lot of people who will be active. If you have large social media followings, then this might be doable.

From those you recruit you stand to earn anywhere from 40% to 80% commissions on their earnings, which can add up if you have a lot of active referrals. To really make the referral program work for you, I’d estimate you would need hundreds of active referrals, if not thousands.

The platform pays so little, that to generate a half decent part-time passive income from your referrals, you really are going to need a lot of them.

To me, sites like BTC Clicks are aimed at people who aren’t seriously looking for a way to make real money online. This site is more targeted at people with a bit of time to kill online, and they can earn small rewards at the same time. The fact that they pay in Bitcoin is really just a gimmick, in my opinion. More likely a ploy to generate more interest due to the popularity of this cryptocurrency. 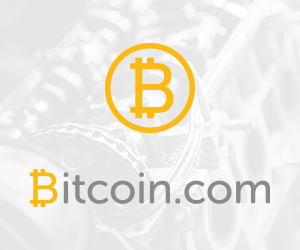 How Much Does BTC Clicks Cost?

It doesn’t cost any money to join this site and click on ads to earn rewards, and there wouldn’t want to be any sort of membership fee either at those pitiful rates of pay.

Is BTC Clicks a Scam?

It’s not a scam, but just not worth your time. The Bitcoin angle is nothing more than a total gimmick in my eyes, and I can see people wasting huge amounts of time on this site to make virtually nothing.

Why would anyone bother?

That’s the question I always ask myself when I see sites like this one. You could probably make more money in quicker time finding lost coins out on the street or in the park.

There really are far, far better ways to make money online. Check out what I recommend below…

Make Real Money On the Internet With My Top Recommendation

I’ve been making more than a fulltime income online for years now, and much of my income these days is generated by my affiliate marketing business.

Anyone can do affiliate marketing, if you are willing to do some training and educate yourself, as well as be committed to making it work.

The beauty of this business is in its simplicity. It costs virtually nothing to get started, and running costs are also extremely low. You can work from home, set your own hours, and actually start to generate residual and passive income over time.

This ultimately gives you more control of your financial freedom and, most importantly, a much more enjoyable lifestyle.

To learn more about it, just click on the banner below.