Push Button Profits is a scam! Many people have been calling it that, but is the “scam” word justified? Is this platform merely just something else in disguise?

Let’s take a look and find out…

Tired of the scams and dodgy make money schemes? 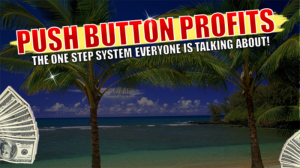 What Is Push Button Profits?

As with many make money online programs, Push Button Profits promises some exorbitant money to be made and in very quick time. This always raises the proverbial red flag for me, because I know from experience that money online doesn’t come that thick and fast – especially when first starting out with something.

As the name suggests, Push Button Profits makes it sound as simple as pressing a button and watching the money flow in on complete autopilot.

Push Button Profits is also the same thing as “Push Button System”. Neither of these platforms are training programs or money making schemes of themselves.

Push Button Profits is really a feeder site; a funnel into another existing make money platform called “Traffic Authority”. The website uses some deceptive marketing tactics simply to lure you into something else.

I wrote a review of Traffic Authority a while back, but I’ll briefly go over the details below.

For something that really does make decent money online, give affiliate marketing a try. There are no gimmicks when you join the Wealthy Affiliate training. Just a proven blueprint to online success. You can join up for FREE!

Traffic Authority is all about purchasing paid traffic and recruiting other people into the program to do the same. Expensive traffic packages are for sale, which you first need to purchase if you want to be able to earn commissions from your recruits.

For each traffic package you want to earn from, you need to buy it yourself. You can’t just simply sign up as an affiliate of TA and start promoting free of charge. It doesn’t work that way.

Once you’re in, it’s then up to you to actively recruit other members by any means possible. When they purchase traffic packages, you earn commissions on those sales.

Traffic Authority make bold claims, stating you can easily earn over $10K per month and live the life of financial freedom in as little as 30 days after joining.

While technically all things are possible, the likelihood of that happening in 30 days will be next to zero for 99.99% of the population. Someone might get extremely lucky, but the rest won’t. 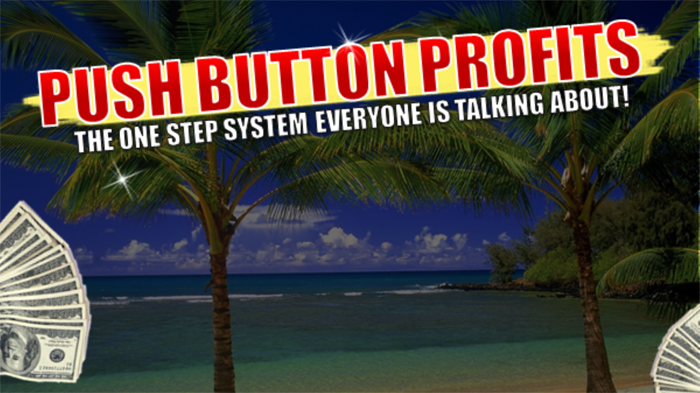 The Traffic and Compensation Plan

Essentially the traffic is junk traffic. You can send it wherever you want, but it’s not likely to get you any results. The idea really is to try and use that traffic to recruit other people into Traffic Authority. At the end of the day, the traffic packages are just a way of trying to legitimise a Ponzi scheme. New money is used to pay older members. That’s how Ponzi schemes work.

Once you’ve joined Traffic Authority and have purchased everything you plan to make commissions on, you can earn 50% commission on the sale of every membership and traffic package you make.

The big sellers at TA likely have access to much better traffic sources than what are for sale at TA. Newcomers buy junk traffic just so the sellers can make commissions. You likely won’t get any leads. Over time you will probably develop better methods to get warm leads that will buy in, but it likely won’t happen with the traffic TA sell you.

Anyway, like I said, the traffic packages are merely something to sell to people to make it look legit, rather than just a straight up naked pyramid system, revenue sharing scheme or Ponzi scheme.

The traffic packages mean nothing. They only exist as a reason for money to exchange hands.

Discover how I make 10k per month online…

There is training involved in Traffic Authority, which teaches you why you should buy the traffic packages, how to recruit and then sell those same packages to others. However, you won’t get access to all the training until you upgrade to their Premium Membership.

Anyone looking to make money online who believes it should be quick and easy. Affiliates seeking more high tickets “products” to sell.

How Much Does Push Button Profits Cost?

Joining Push Button Profits means you are joining Traffic Authority, and the initial joining fee is $47 a month. That gets you in and gives you access to the basic training.

After this all the upsells start, including the Premium Membership which is $144 per month. Traffic packages start at $200 and go as high as $4000!

Is Push Button Profits a Scam?

Well, both Push Button Profits and Traffic Authority are pretty borderline in a way. TA is not an outright scam, because you can actually make money and you are not simply getting ripped off. However, it does run along the lines of an illegal Ponzi scheme, so it’s iffy at best.

I’m tempted to call Push Button Profits a scam, simply because it deceives people into joining TA, after making out like it’s a new platform offering it’s own training and products, whereas it’s nothing more than a feeder site to recruit members into Traffic Authority.

Unless you have big money to invest in the bogus traffic packages at TA, as well as being prepared to recruit like crazy, I’d give this funnel site and Traffic Authority a miss.

Make Money Online the Way I Do

I make great money online with my affiliate marketing business. I don’t need to buy expensive “dead” traffic and I don’t need to recruit. I’m free to promote any product or service that has an affiliate program.

Anyone can do affiliate marketing if they are shown how. It’s not that hard, but it does take time and work. These days I consistently make over 10k every month, and much of my income is now passive.

To learn how I got started and how you can too, just click on the banner below.