iMarketsLive is a scam or legit money making platform? That’s the question I’ve heard many people asking. Can this platform really help you place winning trades on the markets? Or is that just sales hype? 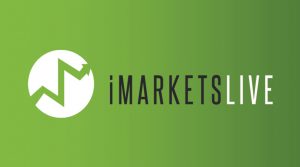 iMarketsLive is all about trading on the markets from the comfort of your own home. The creators of this trading software claim it will help you place winning trades while taking some of the pressure out of trading Forex and Futures successfully.

But is this software for real and can it live up to the potential the makers of iMarketsLive claim?

iMarketsLive is more than just trading software that helps you make a profits trading the markets. There is also a MLM (multi level marketing) scheme attached to this particular platform. The idea is you can either simply buy the software and use it to trade with by integrating it with the MT4 trading platform, or jump on board the MLM program and start recruiting others into the scheme so you can earn commissions.

Creator Christopher Terry claims to have made an $80 million fortune by using his trading system, but is that really the truth, or just a sales line to get people to buy into this scheme?

Terry was heavily involved in both Amway and Zeek Rewards previously, and many believed he did indeed amass a fortune, but from those 2 sources mainly and not so much his trading tools and techniques.

Affiliate marketing is another awesome way to make money online. Click here to learn more about it. 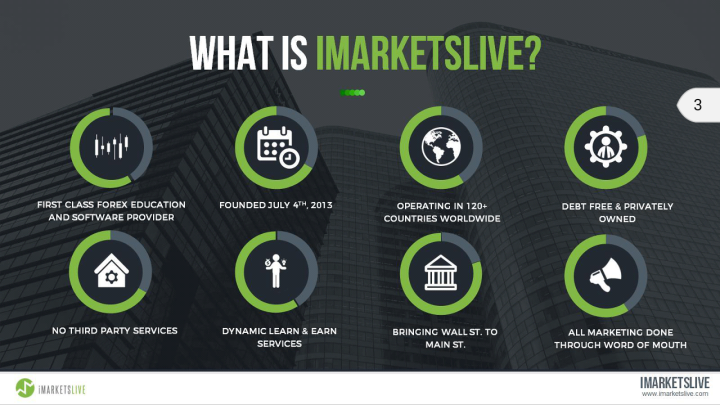 Basically it’s determining the very best trading opportunities for you. It’s up to you whether you want to make the trade or not, and there are no guarantees that it’ll prove to be a winning trade any more than a lotto system can predict a jackpot.

Learn how I make a fulltime living on the internet!

iMarketsLive is partially about buying software, tools and training to trade successfully with, but what it’s mostly focused on is its MLM program. This is where the real money is for Christopher Terry, as well as the affiliates.

To learn affiliate marketing the right way, and with the options to promote anything you want and not just Forex trading, check out the training at Wealthy Affiliate. It's free to get started. Even if you want to promote Forex brokers and software, Wealthy Affiliate will show you the best way to go about it so you can make the most money.

Sure, you might make some money with the training, but it’s very risky. A better bet is to jump on board the MLM program and make money by selling the system to other people and recruiting new affiliates.

Rather than call you an affiliate of iMarketsLive, they adopt the common MLM term of IBO (independent business operator). In actual fact you don’t own any business whatsoever. iMarketsLive own everything. You’re just a sales rep.

Anyway, most people fail miserably at any MLM scheme simply because of the need to constantly recruit to have a chance of making decent money and moving up the ranks. This is exactly where the majority come unstuck and quit.

When you sell a premium Package you make a $35 commission. As you recruit and move up the ranks, you start to earn commissions from the sales of your direct recruits and others below them in your downline.

Check out the chart below that illustrates this.

For a full explanation of the iMarketsLive compensation plan, watch the video.

When it comes to the tools and training, there are live webinars hosted by Chris Terry, and various other video training that offers tips on how to make winning trades, as well as how to effectively use the software to your advantage. You can even watch Terry in action as he places winning trades.

As far as the automated harmonic scanner system goes, it’s up to you whether you switch it on or off. You can do either.

This one is targeted first and foremost, I believe, at novice traders looking for a way to break into the markets without first having to become an expert. Trading Forex is a tricky business to both learn and master, and for the uninitiated it can be extremely confusing and daunting. Software like that provided by iMarketsLive is meant to make trading “beginner-friendly”. However, it doesn’t really remove much of the risk factor, as the harmonic scanner is only going to be so accurate no matter how good it is.

Secondly, iMarketsLive is also appealing to internet marketers and direct marketers looking for a MLM opportunity with a difference.

How Much Does iMarketsLive Cost?

If your goal is to learn to trade and to use iMarketsLive’s harmonic scanner, you will first have to pay $195, followed up by monthly payments of $145. That gets pretty expensive very quickly, and these figures need to be offset against regular winning trades, if you can get them.

Basically it’ll eat into your profit margin unless you get involved in selling iMarketsLive via their MLM scheme. Which I believe is the real goal of Christopher Terry anyway, given his MLM (and not Forex trading) background.

Is iMarketsLive a Scam?

Look, I don’t think this is an outright scam overall, because you certainly could make money; either as a trader, an affiliate, or both. Trading is risky even when you’re highly experienced, and putting your faith into robot software to make winning trades for you is riskier still.

From the MLM side of things there is possibly a better chance to make money with less risk. However, you will need to recruit and recruit hard to have a chance of getting into the higher earning brackets with this scheme.

iMarketsLive is not really up my alley. I’ve traded a fair amount of Forex in the past and I know the complexities of it and the risk (not to mention the accompanying stress levels).

And as far as anything MLM goes, I’m not a fan because the compensation is structured in such as way as to favour everyone at the top, while stripping benefits and advantages away from the vast majority languishing at the bottom and doing most of the work.

Earn Great Income With My #1 Recommendation

If you click the banner directly below this paragraph you can read my guide detailing my #1 recommendation. There you’ll discover how I make more than a fulltime living entirely on the internet. I totally know that you can do it too if you choose to follow the proven blueprint I followed, provided by the awesome community at Wealthy Affiliate.

Just click below and check it out. It’ll only take up 5 minutes of your time.