Is Clone My System a scam or a gateway to earning $3000 a day? There are so many make money online (MMO) programs out there that claim to be the holy grail, but can Clone My System actually deliver, or is it yet another platform just full of hot air?

Let’s take a look and find out the truth…

Tired of scams and programs that don't deliver? 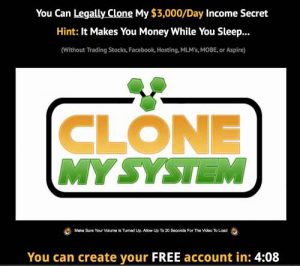 It’s great that you are here reading this review, because it means you are wise enough to do your homework before jumping aboard an advertised opportunity like Clone My System. There are many ways to make money on the internet, but unfortunately there are lots of scams as well. The purpose of my website is to bring peoples’ attention to both – the good and what to avoid.

What Is Clone My System?

Clone My System is brought to us by an online entrepreneur named Justin. He claims that if we clone what he does, we can be making as much as $3000 a day!

Sounds impressive. Who wouldn’t want to be earning that kind of cash?

Apparently this same system was around years ago under the name of “Steal My System”. That one disappeared and has now resurfaced with a new name and branding as “Clone My System”. It actually works in a similar fashion to other platforms out there like “Copy My Commissions”, “Copy My Websites” and many others.

Clone My System is basically a sales funnel where Justin earns affiliate commissions whenever someone joins his system and starts purchasing the products he recommends. As  a member, when you join, you just do exactly what Justin is doing and make commissions yourself by promoting the exact same system to others. 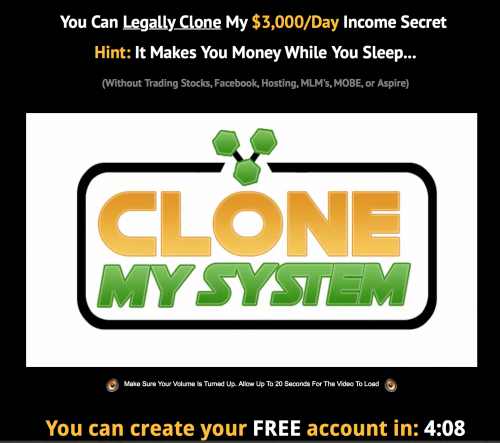 While Justin makes the claim that this is a secret system that nobody knows about, that just BS sales hype. As I mentioned above, there are loads of platforms out there doing similar things.

Justin relates a story about his dying father. The dying wish of his father was for Justin to reveal his secret money making system to a select number of people, rather than selfishly keeping it all to himself.

Does this kind of bullshit sob story sound familiar?

The MMO world is full of fluff like this. Everyone either starts off really down on their luck. Or, they have some secret money maker that all the other 7 billion people on planet Earth know nothing about.

It’s all lies and utter garbage to hook people in.

As I said this is nothing more than a sales funnel. Depending on when you look into this platform, the deals will change. Whatever BS product they feel like promoting at the time, they’ll try and get their members to buy.

Clone My System isn’t actually anything of itself. You pay a fee to join the mailing list, basically, where you’ll get hammered with spam to buy into other scams, such as “Accelerated Income Program” and loads more.

This is all like a smoke and mirrors ways of promising you all this easy income, but giving you the run around by sending you to all these other offers with no other purpose than to relieve you of your precious money.

The only person who might conceivably have a chance of making $3k a day with Clone My System is Justin and whoever he’s in bed with on this. 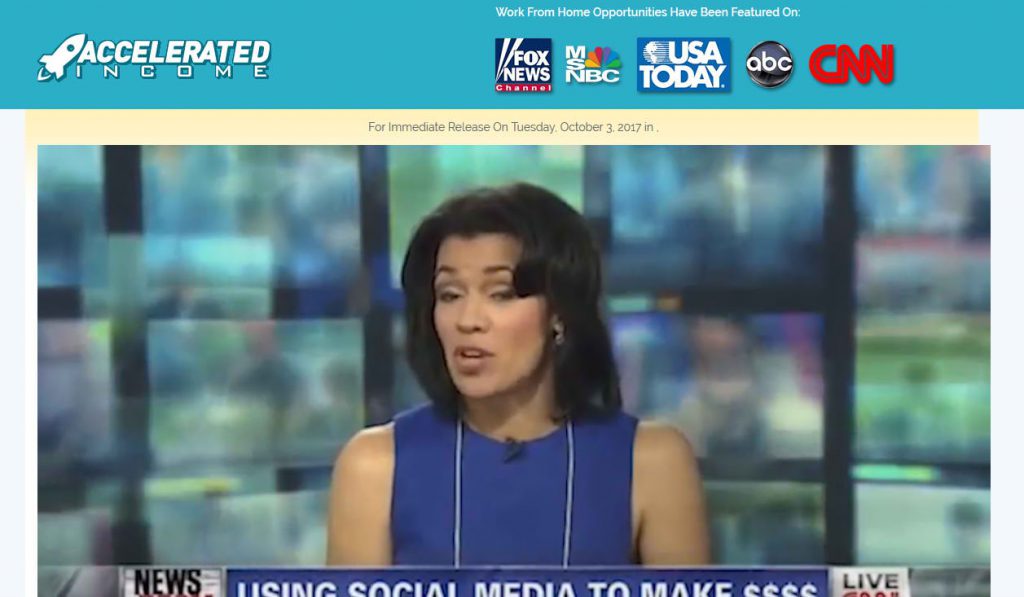 Limited Number of People? Not a Chance!

This is a tactic that has been so over-used in the internet marketing world. I mean, would anyone who really wants you to buy into their scheme limit how many people they’ll let in?

These scammers want your money and as much of it as they can get. They’re not going to turn anyone away who has their wallet open. It’s just a ploy to get you to hurry up and take action. They also don’t want you digging deeper and discovering that their scheme is all bogus.

Clone My System and this Justin character are definitely preying on people who are brand new to making money on the internet, as those who have been around online for a while earning income would recognise this as a dodgy scam right away.

How Much Does Clone My System Cost?

It costs $47 to join this empty shell of a platform, then whatever upsells you might be highly encouraged to buy, with the promise of making the big bucks down the track. 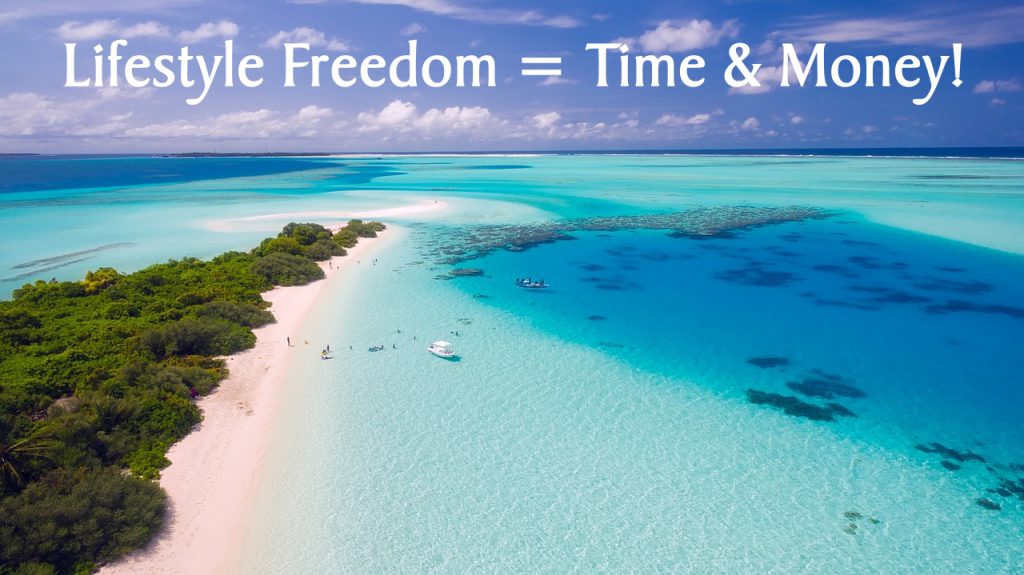 Is Clone My System a Scam?

I would definitely slot Clone My System into the scam category for all money. Everything about this is pretty much falsified, from the secret system, to earning $3k a day. All this platform does is take your money, then try and sell you other scammy products for even higher prices.

It’s crap like this that gives the online world a poor reputation when it comes to money making opportunities. There are plenty out there. You just have to recognise and avoid the scams in the process. Scams always tell people what they want to hear, quote high earnings, claim it will happen in super quick time, and all for very little effort.

Making money online is real, but it just doesn’t work that way.

Build a Real Online Business the Way I Did

The best way to make money online is to avoid the obvious scams as well as the schemes that just don’t deliver any real value, such as Clone My System.

One of the very best ways I’ve discovered to make a really good income on the internet is with affiliate marketing. It costs hardly anything to do it, you don’t need to buy and sell products, and it’s a very newbie-friendly business if you do some training and learn the right way to go about things. Anyone can be successful at affiliate marketing.

You get to work from home, be your own boss, choose your own hours and can earn as little or as much as you like. It just depends on how much time you have or want to devote to it. One of the best parts is, you will start earning residual and passive income, which is the best kind of income to make.

Joining a platform that offers some of the easiest to follow affiliate marketing training is the way to go, and that’s exactly what I did to get started on the right path. I’ve written a FREE guide, which you can read by clicking on the banner below.

In my guide you will learn more about how affiliate marketing actually works, the many benefits of running some sort of business from home online, details about the training I did and how to get started.

You don’t need tech skills or sales skills, just the ability to apply what you learn. The training starts with a FREE trial, so nothing at all to lose.