Is Computer Instructors a scam or not? Is it as good an opportunity as the website makes out? They claim you can make nearly $400 a day from home just for doing some simple online work for an hour a day. That sounds great, but is it the truth?

With the advent of the internet, opportunities to make money are huge and global. It’s also opened the doors to loads of online training platforms that teach people ways to make money. Unfortunately, the internet is also a breeding ground for multitudes of online scams as well, particularly make money online (MMO) scams.

My Many Income Streams website is dedicated to helping people find legit ways to make an online income while at the same time helping people avoid becoming a victim of a scam.

I’m glad you’re here reading my review of Computer Instructors, because it means you are far less likely to ever get conned.

Avoid the scams and programs that don't pay. Click below for something that works!

What Is Computer Instructors?

I’ve been doing reviews of make money platforms for a number of years now, and Computer Instructors is almost exactly the same as a whole bunch of websites I’ve reviewed. The sales pitch is the same and the website looks the same.

One of the more recent ones I reviewed is called “Secured Web Orders”. Computer Instructors is just the same thing as all the others.

All of these sites have almost identical website headers and they make the exact same promises. On occasion they’ll even use the same name for the owner of the site, as well as in the video.

Now that sounds totally awesome, like the ideal online gig, but it’s all completely bogus.They make out like it's some affiliate marketing job, but it's all done the wrong way.

To learn affiliate marketing the right way and actually make some real money online, just follow the Wealthy Affiliate training. It's FREE to get started!

Same Scam I’ve Seen So Many Times Before

By now I must have written reviews on at least 40 of these sites. Computer Instructors and all its sister sites are all promoting some fake,  dodgy link posting scheme. It’s the exact same deal every time I come across one of these clone websites. Each time it’s just been marginally reinvented under a new site name.

Most of the websites look like replicas of one another, with just some minor cosmetic changes. Generally they just change the name of the owner and the website’s title. Everything else is pretty much the same. It could be that the same bunch of people are behind every one of these sites, but I don’t know that for sure because the real site creators remain anonymous.

Below are just a select few of these scam sites I’ve reviewed recently: 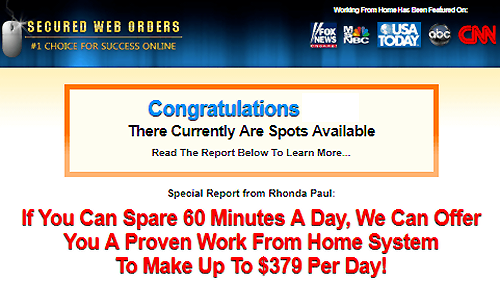 Computer Instructors Has Never Been Featured On Major News Channels

All these sites spout the same BS. Every one of them claims to have had their “awesome opportunity” featured on major news channels, and even state they are endorsed by these networks.

It’s just not true in the slightest. The news footage they play on their videos is just some generic bit of footage that has nothing to do with Computer Instructors.

All they’re really doing is splashing some TV channel logos on the site and making the claims they make, backed up by nothing. They do this so their deal sound legit.

They’re hoping you’ll think it’s all totally believable because such and such a channel says it is, then you’ll trust them enough to hand over your cash.

Just a couple of the news channels they always include are:

Over the time that I’ve been reviewing these similar sites I’ve seen the same site owner names repeated a number of times. Sometimes they change things up and toss in a new name. On this occasion that’s exactly what they’ve done, introducing Emily Davis into the mix of aliases. All these people are fake, just like their online job offer.

Each site will relate exactly the same rags to riches tale. They just change the person’s name. The story will be something like a single mother falling on hard times, but managing to turn her life around when she found the job offered by Computer Instructors.

As I said, Emily Davis is a new name, but some common aliases they use are: 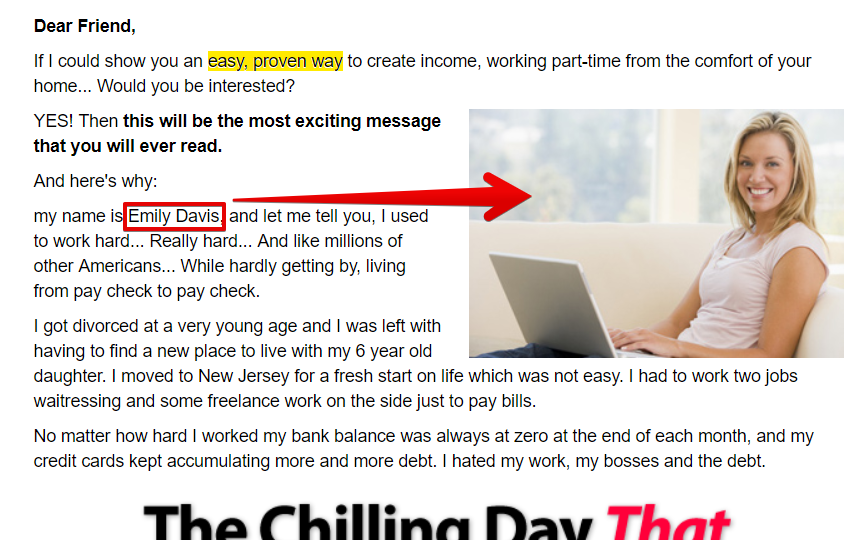 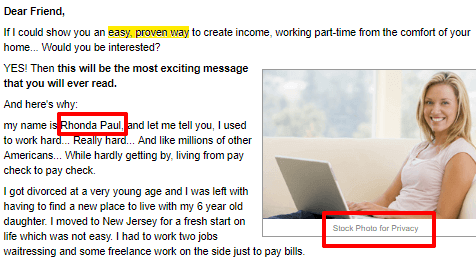 It’s not only online scams that will use the scarcity ploy. Legit deals do too. The idea is to get people to make a decision, take action. Sometimes it’s a limited time offer, while in the case of Computer Instructors, it’s the limited positions available tactic.

Of course, spots aren’t limited. They just want you to hurry up and join, pay your money and only find out it’s dodgy afterwards. If you took your time and did some research (just like you are right now), you’ll discover it’s a scam and not go any further.

What these people are offering is always the exact same bogus link posting scam. There is no legit online job here. It’s a farce. The claim is that Fortune 500 companies will pay people $15 every time they post an affiliate link somewhere online; whether it be on Facebook, Twitter, in forums, as comments, or on your own website

Basically they’re talking about a form of affiliate marketing, which is what I do for a living, but affiliate marketing doesn’t work that way. No one pays you just for posting a link somewhere. You only earn when a person makes a purchase through your affiliate link and get a commission.

Companies large and small have far better ways of spending their advertising budgets instead of paying for something as inane as link posting in random locations.

While the website doesn’t give much away, these scams generally try to sign people up to other high ticket (expensive) programs. Once you join something like this and offer up your email and other details, you’ll start getting hit up with all sorts of promotions and upsells for other products, some of which are also scams.

What they’ll tell you is that without spending more cash on these other products, you won’t be able to make the money they promised at the very start. It’s all a con.

Many people look online for easy money making opportunities, and ones they can do in their spare time. When a mob like Computer Instructors comes along, offering $379 a day for only an hour of effort, it sounds absolutely perfect.

Unfortunately, these people are expert at telling opportunity seekers what they want to hear, and that’s how they sucker people into scams.

How Much Does Computer Instructors Cost?

It’s the same cost to join every time, which is $97. That’s not where the spending stops though. The whole idea of these sites is to not only charge people a joining fee with the promise of a job, but to upsell members to other expensive products.

You’ll never make any money with this.

Is Computer Instructors a Scam?

It’s a scam all right, and just one in a growing list of many scam sites likely run by the same people. Avoid any promise of paid work that asks money from you to apply. Real paid jobs don’t work that way.

Everything about the Computer Instructors website is totally fake, so don’t fall for any of it. They don’t have any simple link posting job that pays $15 a pop. It’s all a fantasy to get your money and keep taking your money.

There may be a lot of dodgy stuff online, especially when it comes to promises of making money, but there’s loads of really good stuff as well. Not everything’s a scam.

If you would like to make some part-time cash, maybe make enough to quit your day job, or even build wealth, then do what I do.

Affiliate marketing costs hardly anything to get started and the concept is so basic that anyone can do this successfully and make money if you’re shown how.

The outcome is more money and time freedom, really giving you the ultimate lifestyle. Another great aspect of affiliate marketing is much of the money comes in passively after a while.

If you can spare 5 minutes, I’ve written a free make money online guide which you can read by clicking the banner below.

In my guide I explain how simple it is to make money with affiliate marketing, list just some of the many advantages to having a successful business online, as well as introduce you to the great training I recommend – the same training I did myself, so I know it works. That training is completely free to take a look at.