Is Davor Coin a scam? This is yet another cryptocurrency money making scheme disguised as a lending platform and investment opportunity. So can anyone really make a financial killing with it or not? That’s the question.

Tired of the scams and Ponzi schemes? Then click below for something real! 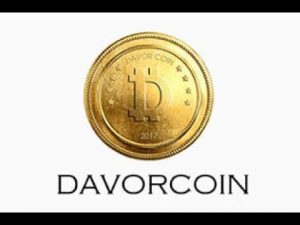 What Is Davor Coin?

Davor Coin really came into prominence in the latter half of 2017. The company was going around big-noting itself, making bold claims that Davor Coin would be the next Bitcoin or Ethereum. The scheme looks very similar to other crypto schemes out there, such as BitConnect and Invia World.

Cryptocurrencies were running hot during this period, with the value of Bitcoin skyrocketing to new highs.

Essentially Davor Coin is a lending scheme, where they base the profits that members can earn on the continual rise in value of cryptocurrencies. Of course, for obvious reasons this is a risky business model, for as soon as the value drops, all the potential investor profits go flying out the window.

The idea with schemes running on this kind of setup is to make some quick profits and be able to pay those early investors a positive ROI in a short period of time. This gives the scheme a good name, and suddenly everyone wants to jump aboard the gravy train and get a piece of the action.

Really all that’s going on with Davor Coin is an investment Ponzi scheme. Many supposed new cryptocurrencies are doing this at the moment, to try and cash in on digital currency popularity. These kinds of Ponzi schemes are everywhere, but usually people just invest regular dollars. Davor Coin creates a new Ponzi scheme, then masquerades itself as a legitimate crypto lending scheme where investors can make a profit on lending cryptocurrencies.

The website is not very adept at explaining the intricacies of exactly how Davor Coin and their scheme work, but some of what they do say doesn’t even sound like it’s related to the cryptocurrency world, and one has to wonder if they even know what they are talking about themselves.

How You Make Money

While Davor Coin claims to be about making a profit on crypto lending, what it’s really all about is recruiting others into the scheme and building a team, just like MLM companies do.

That’s how Ponzi schemes work. There is no real product. All the profits come in from new investor money. If you joined Davor Coin, the only real way you are going to make money is if you can entice other people to join as your referral and pay up some coin.

Davor Coin claim there are 4 ways you can make money with their system:

The last one on the list is what’s really going on here.

You can earn 6 levels deep with the Davor Coin MLM pyramid. The idea is you entice people to join and invest in the “lending” side of things. Your direct referrals reside on level 1, while their referrals are level 2 and so on all the way down to level 6. You earn a higher percentage from your direct referrals, and the percentage drops as you go further down the levels.

This has all the ear-marks of being an illegal Ponzi scheme, with the lending side of things just an attempt to legitimise the entire scheme and make it sound like Davor Coin actually serves a genuine purpose.

Schemes like this one really target newbies to the world of cryptocurrency investing, lending and so on. Experienced players would see right through something like this. Then again, there are groups of people who love taking chances on known Ponzi schemes in the event that they might get lucky and make a financial killing.

How Much Does Davor Coin Cost?

The absolute minimum investment in the Davor Coin scheme is $100, with investment levels running as high as $25,000! That’s a hell of a lot of money to risk on a Ponzi scheme that is doomed to fail at some point. 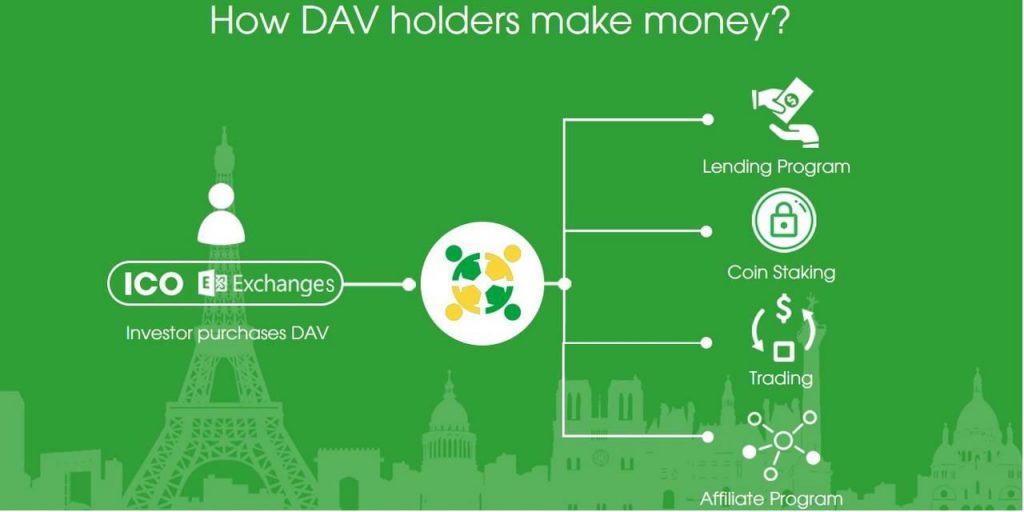 Is Davor Coin a Scam?

This is a Ponzi scheme for sure. I never blatantly label Ponzi schemes as outright scams, even though they are scammy, because people can potentially make some money from them.

There have been some recent developments with Davor Coin.

In February 2018 Davor Coin pulled an exit scam, which is generally what eventuates with Ponzi schemes. The owners of the scheme make sure they get cashed up no matter what happens, then when the scheme collapses eventually, they run off with a big bag of cash while all investors are left out of pocket.

It’s exactly this type of scenario why I never recommend anyone to get involved in a Ponzi scheme, despite possible big profits if the scheme actually pays. They all fall apart in due course and everyone left with money invested is now up the proverbial creek without a paddle.

With Davor Coin now down and out, there’s no chance you can risk your money on this scam anymore, anyway.

How about trying something online that presents a risk-free way of making money. What I’m suggesting won’t make you massive profits overnight, but in time you will develop multiple sources of income, many of which are passive, and the potential is there for a 6 or 7 figure a year business eventually.

I’m talking about affiliate marketing. It’s how I pull in more than a fulltime income month after month and you can too. Anyone can do this and be successful if you are shown the right way to go about it.

I’ve written a free getting started guide and you can check it out by clicking on the banner below. It only takes a few minutes to read and is well worth a look.