What is “Home Earning System”? Is it for real or is it a dodgy scam? I’ve seen this same platform many times before, just under different names, so not a good sign. Let's take a closer look and see what it's all about…

If you'e had enough of all the scams, click below… 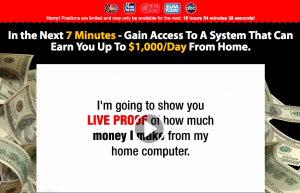 What Is Home Earning System?

Unlike all the other websites brought to us by the same people, Home Earning System claims we can make $1000 a day with their online job, rather than the usual $379 for just one hour of hard work.

This website is just another dodgy scam in a long string of scams created by the same bunch of scammers. In actual fact Home Earning System is merely a replica of all its sister sites, and in the section below I mention a mere fraction of them.

I’m actually starting to lose count of how many times I’ve come across this same deal, but with different website names and owner names. This scam is a never-ending procession. I’m not sure if they keep changing the name of the site because the last one got a bad reputation, or whether they just want to put loads of sites out there and play the numbers game. Whatever it is, nearly every day I’m coming across a new one. Today it’s Home Earning System. Yesterday it was Learn How To Link Academy.

Below are just a select few of these same scam sites I’ve reviewed on this website. The real count would be somewhere in the 20s by now.

I could keep on going listing them, but these give you a bit of an idea of how many there are. 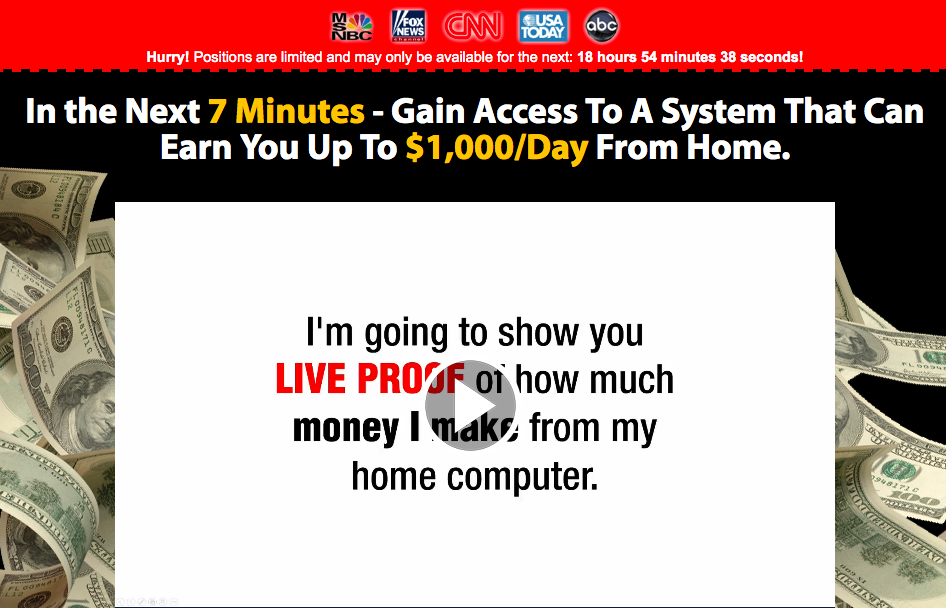 Featured On the News – Don’t Think So

They always use this same ploy on every one of their websites, claiming their bogus, nothing on offer platform has been featured on all the major news channels. There’s always a CNN or ABC logo and others on the header next to their own logo. The news channels haven’t featured any of these platforms, including Home Earning System. It’s a very common tactic for scammers to use to give their programs credibility. It’s all fake. 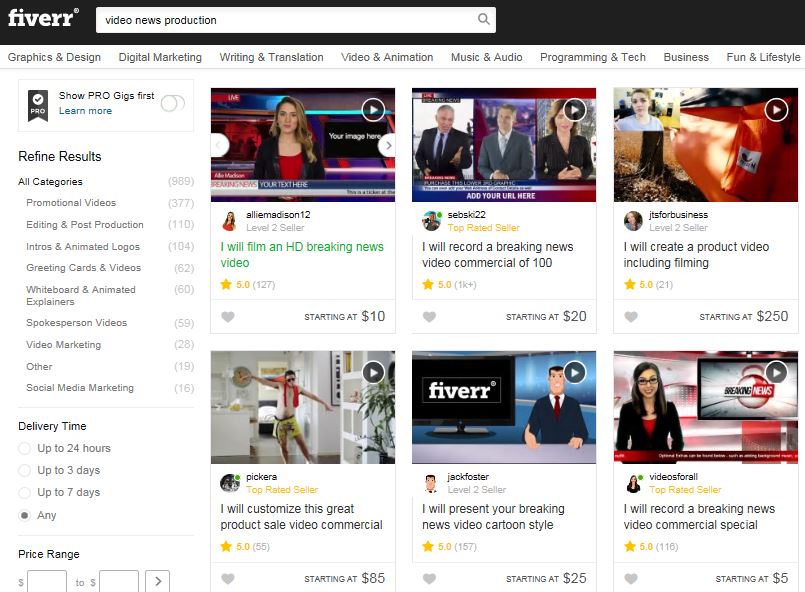 It’s true. With all the websites this group bring to us, they will often use a new alias for the site owner, but sometimes they repeat the same names. Whether they just get lazy or lack imagination, I don’t know, but for Home Earning System we see a return of Kelly Richards, whom we have come across on other platforms.

Generally there will be a fake stock photo to go with the name, but what’s funny is sometimes they use a picture of a different person on two separate sites, but for the same name of the site owner. 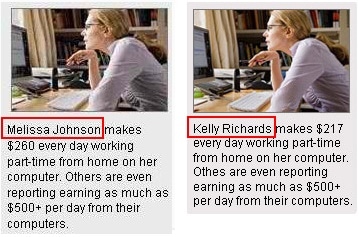 Spots Are Limited – Don’t Think So

This isn’t true either. Maybe if they were offering real jobs, but they’re not. And that being the case, why would they ever turn someone away who is willing to hand over $97 to join their program?

They use this tactic so you’ll be in a hurry to sign up and not take your time to either think about it or research Home Earning System. They just want your money and your sign on details. They certainly don’t want you to figure out they’re a scam until you’re at least on the inside. 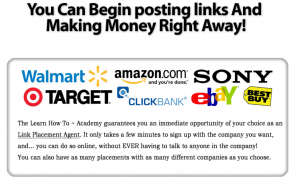 These people claim that Fortune 500 companies are desperate for people to fill these link posting positions. That’s what the job is that’s on offer. Home Earning System reckon they pay $15 per link posted on behalf of these companies.

It’s all bogus. A fraud. This doesn’t happen. These companies are not interested in spending their advertising dollars in this fashion.

As far as my research goes, I’ve never found one definitive case where anyone has ever been paid a single cent from Home Earning System, Home Jobs Today, Explosive Payday, or any of the other scam websites this covert group of fraudsters operate.

This Is All About Upsells

The whole agenda of Home Earning System is to get you in so they can sell you other, far more expensive products and training programs – some legit and others scams. They want your name, email and phone number. Once inside you’ll be hounded with upsells by email and over the phone, and quite aggressively too.

They want to get as much money out of you as possible. In this instance they claim you can make $1000 a day with their “online job”, but you can’t make that kind of money until you spend more money.

It’s weird how they advertise a job, yet instead of earning some cash, they ask you to keep on paying.

It’s all just a down and dirty scam.

Most of us have busy lives already, but sometimes still need to make some extra money on the side that can be done in our own time from home. The “job offer” from Home Earning System sounds like the perfect fit. Awesome money that only takes about an hour a day with a flexible time schedule.

This is really the target audience, and people who likely have never made money online before.

How Much Does Home Earning System Cost?

$97 is how much they charge you to join their falsely advertised platform. It’s nothing more than a program of empty promises and a sales funnel. Once inside the upsells will begin, and if you purchase any, you’ll likely be out hundreds or thousands of dollars more and still be no closer to actually earning any money.

Is Home Earning System a Scam?

Home Earning System is definitely a scam and a totally deceptive website in every way. Don’t even think about handing them your money and joining. There is no job on the other side. They just steal your money.

Here’s How I Make Money Online

One of the very best ways to make money on the internet – either on the side or as a fulltime gig – is affiliate marketing. It’s what I do and how I make my fulltime living. It’s easy to get started, costs very little and can really set you up for complete lifestyle freedom.

Work for yourself and be your own boss. Have no ceiling on your income earning potential and really live life the way it was meant to be lived.

To discover how to get started for free today, just click the banner below.