Is Computer Gurus a scam or not? This website has recently appeared on the scene. Because it looks so similar to other scams I’ve seen, I decided to look into it and write a review. The website owner claims you can make an easy $379 a day, but is that for real, or is something else going on here? 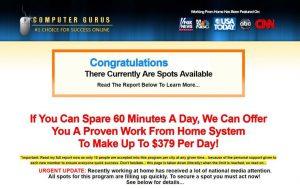 Because everyone seems to look to the internet to make money these days, it’s led to a lot of online money making schemes and training platforms. Some of these are good and legit, others are average, while some are just outright scams.

On my website I write reviews of the good and the bad so my readers can make informed decisions. Because you’re here reading this review, it means you are far less likely to ever become the victim of a scam.

Click below to copy the way I make $1000s a month online!

What Is Computer Gurus?

The creators of the Computer Gurus website are either copycats, or the same bunch of scammers I’ve written countless reviews on. It seems every few weeks they just keep reinventing the exact same scam under a new website name. Pretty much everything else remains the same.

Computer Gurus just looks like all the other sites I’ve reviewed and the sales pitch reads the same way – Make $379 a day from home doing easy computer work for about one hour a day. That would end up being around $11k a month for only 30 odd hours of work.

Sounds ideal, doesn’t it, but it’s all bullshit!

For something real give affiliate marketing a try. You can try the Wealthy Affiliate training for FREE! 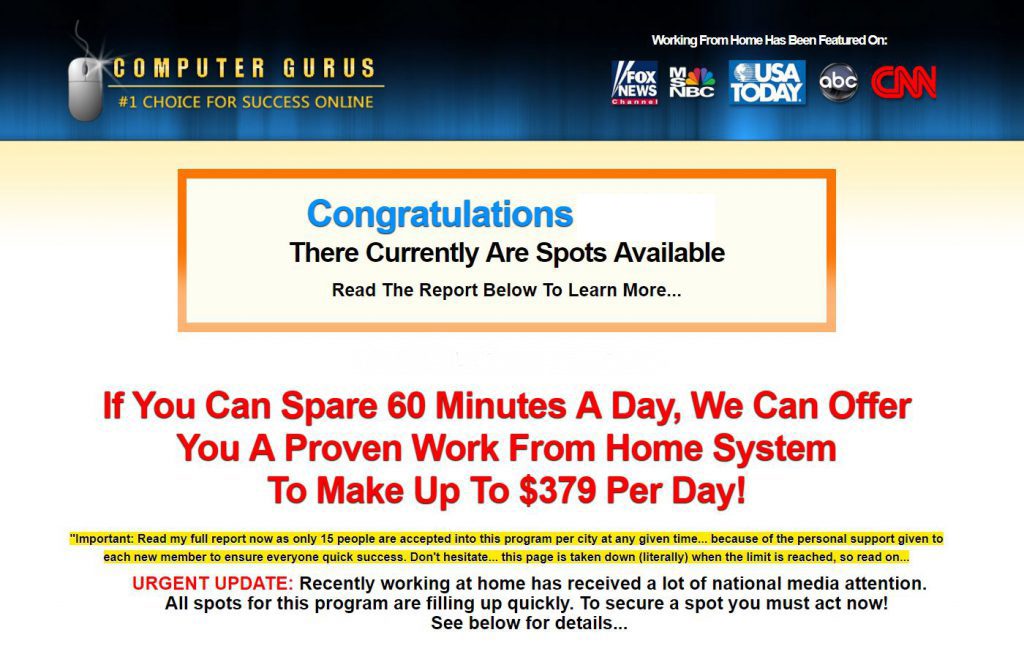 Same Scam All Over Again

I’d say the count of websites like Computer Gurus that I’ve reviewed by now must be approaching 50. I haven’t added them up, but there have been a lot. It’s always the same scam repackaged with a different website name and sometimes a new site presenter.

Nothing much changes. The websites almost look identical most of the time, the sales pitch is also identical, and likely it’s the same scammer behind every one of these sites. 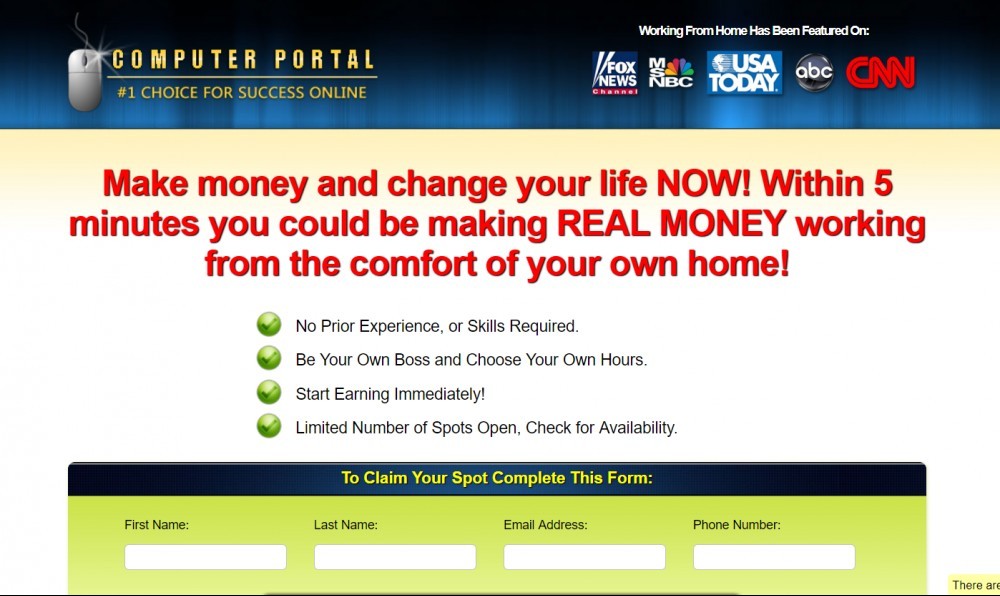 Computer Gurus Has Never Been Featured On Major News Networks

Computer Gurus uses the same ploy as all its sister sites, making the claim that their awesome offer has been featured on major television channels and news networks. They even plaster their website headers with famous news logos. The claim is they’ve even been endorsed by these channels.

It’s all hogwash, a ruse designed to gain your trust so you’ll hand your money over to them. They think that if they state they’ve been featured on these channels it’ll make them look legit.

My website has never been featured on the news, but I could easily make that claim as well and paste logos on my site.

Common channels they quote are:

Yet Another New Alias

Quite often this mob repeat the same name of the site owner. They used to in the past anyway. Lately they’ve become less lazy and seem to introduce a new name with each new site. This time we’re greeted by a lady name Riley Thomas.

All the names they use are fake, just aliases. None of these people really exist. Often they’ll change the name and still use the same stock photo in their sales pitch. That’s how ridiculous this all is.

What you’ll see is a story about how Riley Thomas was a single mother down on her luck until she discovered the marvellous opportunity offered by Computer Gurus. From that moment on her life transformed for the better. They use hard luck stories like this because many people can relate to them.

This exact same story is word for word on every one of their websites that I’ve seen. They just sometimes change out the name of the person allegedly presenting the story.

Common aliases include the following:

Positions Are NOT Limited

They use this ploy on every one of their websites as well, where they claim positions are limited in your area. This is a common tactic used by many businesses to get people to hurry up and take action, whether it be a limited time offer, limited number of products, or limited spots.

This is all a ruse when it comes to Computer Gurus. They don’t limit spots for their fake offer. They’ll take everyone’s money. They just want you to act and not do any research on them first.

The “position” they are offering is always the same thing to earn this magical $379 a day for only one hour of work.

It’s link posting, meaning they want you to randomly spam the affiliate links of companies and their products anywhere you can place them on the internet. This is a form of affiliate marketing, but done entirely the wrong way and coerced through complete BS.

I do affiliate marketing for a living, so I know how it works.

These guys claim you’ll be paid $15 for every single link you post. This doesn’t happen. Big companies and small don’t waste they’re precious advertising budgets in the manner. With true affiliate marketing, marketers only receive a commission when someone clicks through on their link and makes a purchase.

Affiliate marketing is a real gig. Multiple millions of people do it across the globe every day. However, the claims made by Computer Gurus are totally bogus, and no one gets paid $15 for simply posting links. That’s fantasy.

It’s merely a sales pitch to make it sound all so easy and to suck people in.

The whole idea of these fake websites with their fake online job offer is just to draw people into an expensive sales funnel. You pay your joining fee, then suffer the pleasure of being pounded with upsell after upsell. Some options may be legit, but the majority will also be scams.

These guys will also make the claim that you won’t earn the promised daily cash until you spend up big on these other offers.

With so many people across the globe searching for easy ways to make money on the internet, scammers know how to press the right emotional buttons by simply  telling people what they want to hear. This mob definitely targets newcomers to making money online, as people with more experience would see the BS right from the start.

How Much Does Computer Gurus Cost?

No matter which one of these websites you happen to come across, the joining fee is always set at $97. This allows you the privilege of joining their sales funnel and being bombarded with other offers via email and phone calls. You also won’t get a refund.

Anyone who joins surrenders both their contact details as well as their credit card details to this team of scammers, so not a good idea at all.

Is Computer Gurus a Scam?

Same deal as always with these people. Nothing much changes except the name of the website. Whether many people fall for this con or not, I don’t know, but this scam just never seems to go away.

These people are not here to help you make money, nor will you ever get paid anything they promise. They exist simply to take as much of your money as they can get their grubby little hands on.

Copy How I Make Great Money On the Internet! 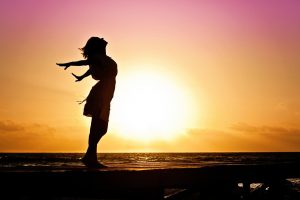 While it’s unfortunate that there are so many scams online when it comes to making money, there is a lot of good stuff out there as well. It’s not all bad. Far from it. It’s just a matter of pulling out the weeds, and reading reviews is the best way to avoid the scams.

I do affiliate marketing fulltime, and the reason I’ve been successful at it is because I was shown the right way to go about it from the very start. Anyone can do this, and it costs hardly anything to get started.

One of the real beauties of an online business like affiliate marketing (with hardly any overheads), is you can run it from home and really enjoy complete lifestyle freedom of time and money. After a while much of your income will even be passive, which is the best kind.

Do you have about 5 minutes spare? If you do, then click the banner below and read my complimentary make money online (MMO) guide to help you get started.

Within the guide I explain just how simple the process of making money as an affiliate really is, as well as touch on some of the many advantages to doing this. I also introduce you to some awesome training, the same training that showed me how to be successful. It kicks off for free, so nothing to lose by taking a look.