Wealth Automation System is a scam and I’ll explain why in this review. Get involved in this scheme and you’ll likely be out thousands of dollars very, very quickly.

Let’s see what this platform is all about, really about…

Avoid the make money scams! Copy what I do online! 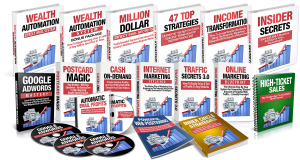 What Is Wealth Automation System?

Wealth Automation System came to the attention of the BBB in July 2016 due to a series of complaints about the company’s practices. It was revealed that the company website for WAS was making false and misleading claims with regards to the amounts of money people can make from their system and the fact that most people were losing their investment because the system is nothing more than illegal Ponzi scheme masquerading as a genuine and legitimate business opportunity.

This platform is nothing more than a cash gifting scheme. Cash gifting is like the internet version of the old chain letter, where the internet is used to gather leads and recruits, but cash is still mailed to recipients the old fashioned way. Chain letters were outlawed many years ago, but the internet has breathed new life into an old system.

This is promoted as a multi level marketing (MLM) opportunity, but really it’s nothing more than an empty pyramid scheme. 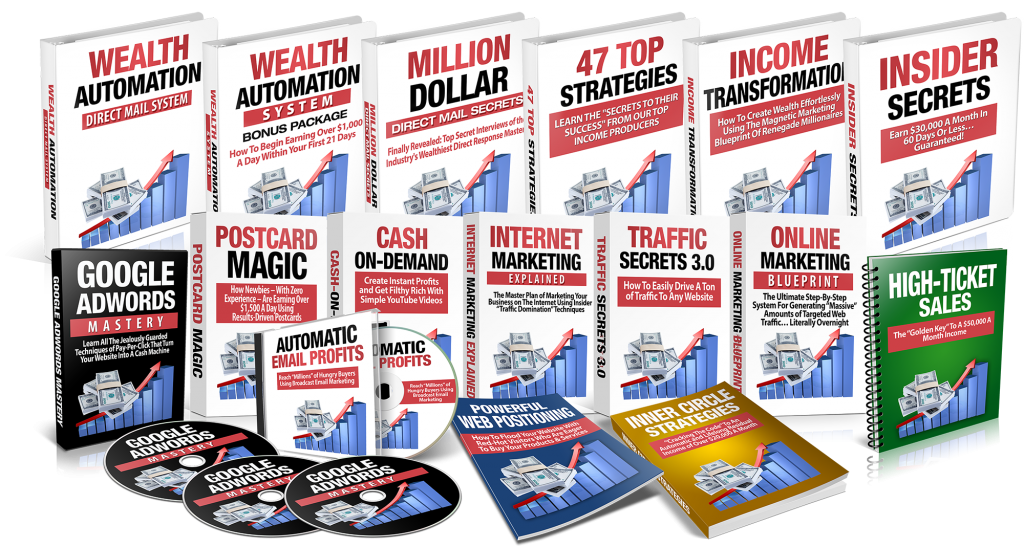 This mob claim you can make $1000 cash a day within 7-10 days of commencing with the system. How much you can potentially make depends which level you buy into. This one is a little different to some other cash gifting schemes as the owners take a slice of the action on every single transaction. So when you buy into a level, you pay the creators of the Wealth Automation System a percentage and send the rest to your “sponsor”, in other words the person who introduced you to the scheme. The more people you can recruit, the more cash you will be gifted.

The higher the level you buy into, the more it will cost you initially, but the more money you can potentially make. That’s how it looks in theory, but the reality is usually entirely different.

The thing is, Ponzi schemes like cash gifting cannot financially sustain themselves because there is no real product or service changing hands. The very fact that the owners take a slice of everything will guarantee this crashes and burns. It will also guarantee the creators get rich no matter what happens, while most participants end up losing thousands of dollars.

That’s just how Ponzi schemes work. It’s the nature of their inherent structure.

Wealth Automation System is really firmly targeted at those seeking a way to get rich quickly. They also rather slyly target those people who have an interest in MLM, without really disclosing at the outset that this is nothing more than a cash gifting Ponzi scheme with no products or services to sell.

Surprisingly, for a simple venture, there is actually a lot of training in this. The training you receive actually varies with each level you purchase into. All in all I counted a total of 152 videos if you were to buy every level. Pretty much all the training is in video format.

The training in brief per level:

Of course, these trainings merely exist to make it look like there’s a legitimate excuse to run a cash gifting program. These trainings are just a ruse, a facade to cover up what’s really going on here. 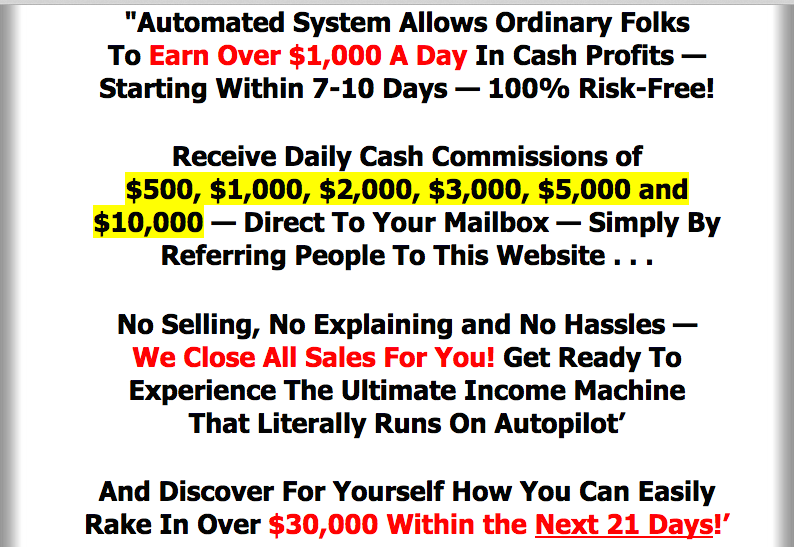 How Much Does Wealth Automation System Really Cost?

As mentioned earlier, it depends on which level you buy into and whether you buy into more than one, but I’ll lay it out succinctly here. In brackets is the commissions you can earn on each level.

As you can see, the price gets very expensive the higher you go. Even at the cheapest buy in point for Level 1, $800 is still pretty steep and a real risk. There are actually some upsells as well, such as a further $2000 to buy an email list. The idea is to use this list to send out emails to subscribers in a bid to lure more people into the system. However, you are likely buying the same list they sell to everyone else, so everyone will be emailing the same contacts with the same offer. Kind of pointless and redundant.

You’re not really buying all their video training either. That’s merely a cover for the real program – the cash gifting Ponzi scheme.

Is Wealth Automation System a Scam?

I’d rate it a scam. I’m not saying it’s impossible to make any money with this, just that it’s not very likely. The owners will make a financial killing if enough people get involved, as they are skimming off the top of every single transaction. Most people will be left wondering what went wrong and why they didn’t make any money. Unfortunately the lure of big, quick and easy cash is always going to appeal to human nature, and while it does, there will be scammers out there ready, willing and salivating at the mouth at the thought of taking you money.

If you want to make your wallet much lighter or reduce your bank account total by a few zeros, then by all means give Wealth Automation System a try. I personally wouldn’t recommend it. You would likely make more profit with a lotto system.

Make Money Online the Way I Do!

For the most part get rich quick is nothing short of a fantasy. Sure, we’d all love to find some secret, magic formula that brings in wealth in very quick time for as little amount of effort as possible, but generally that’s just a pipedream. It doesn’t exist.

If you want to learn a way that can potentially make great money online and leads to passive and residual income, then why not do what I do and give affiliate marketing a try? It’s an easy business to get started in, has extremely low overheads and, with the right training to follow as a blueprint to success, just about anyone can succeed in this business if you want it badly enough.

Great training cannot be understated or undervalued. To get the best there is, do the training I did. It helped me achieve success, and it can do the same for you.

Just click the banner below for more detailed information on the training and how you can get started today.