Is Recyclix a scam? Or is “scam” too harsh a word for this money matrix system that goes under the guise of a virtual “waste recycling” scheme? Can it really make its members any money?

Let’s take a look and find out…

Forget the scams. Just do what I do. Click below…

What Is Recyclix All About?

Recyclix is yet another version of the seemingly ever-popular money matrix. These systems have been popping up all over the place in recent years, and they are especially popular in certain Facebook groups.

From what I could dig up, Recyclix was actually registered in Warsaw, Poland in 2014, by a guy named Dmitri Paladi. The ruse this guy uses to actually make it sound like the matrix performs some other function than a classic Ponzi scheme is this: He uses a waste recycling principal, where members are paying to recycle virtual waste through the matrix and making money in the process.

It sounds kind of stupid, but it’s rather ingenious in a way. At least it’s a different take on the money matrix to anything I’ve seen before.

You see, a money matrix and all those revenue sharing programs you hear about, are all based on the illegal Ponzi scheme system. In order to try and make themselves sound even remotely “legal”, this system needs to claim they actually offer either a service or a product.

In this case the service is the virtual waste recycling. It’s similar to other revenue sharing scams, where they use the purchasing of ad packs as the legitimiser, only here it’s waste and not ads.

It’s all BS of course. There is no actual waste recycling going on. It’s merely a money making matrix like all the others out there. The funny thing is, they actually go quite in-depth into the waste recycling process and opportunities, even though it’s all a ruse. Dmitri Paladi has actually put quite a lot of effort into his money matrix scheme.

In order for Ponzi schemes to keep running and not just collapse under the weight of “investor” payouts, they need to keep feeding money into them via new recruits. In order to achieve this, a certain timeframe is necessary for all cycles of the money matrix. In the case of Recyclix, they rely on a 5 week “recycling” phase for 3 cycles to take place before the matrix cycles to the next level for a particular member.

It can all be a bit confusing as most of these matrix systems are, but at the end of the day that’s a moot point, because the scheme is bogus anyway.

Ponzi schemes are generally a waste of time and don’t last. For something far better that’ll make you money legitimately for years to come, click here to copy what I do.

This system is targeted at people who either love these money matrix schemes, or newbies looking for a way to make a quick buck online. That’s how these things are generally promoted – as a fast way to make cash. However, that’s not really true. Even if the scheme is actually going to pay out, it can take considerable time for this to happen.

The tool is the matrix itself. There isn’t really any training, other than how to get more people into the scam. Their website is loaded with information on how the “recycling” process works and how to entice new recruits. You need to recruit others or there will never be any money to pay you out.

How Much Does Recyclix Actually Cost?

It’s free to join, but your initial investment into the waste recycling program will cost you €20. They actually go into so much detail about the kind of recycling you can invest in, that it almost sounds like a real operation. It’s actually so confusing that I can’t even work out what they’re on about, but I’ll provide a few screenshots. 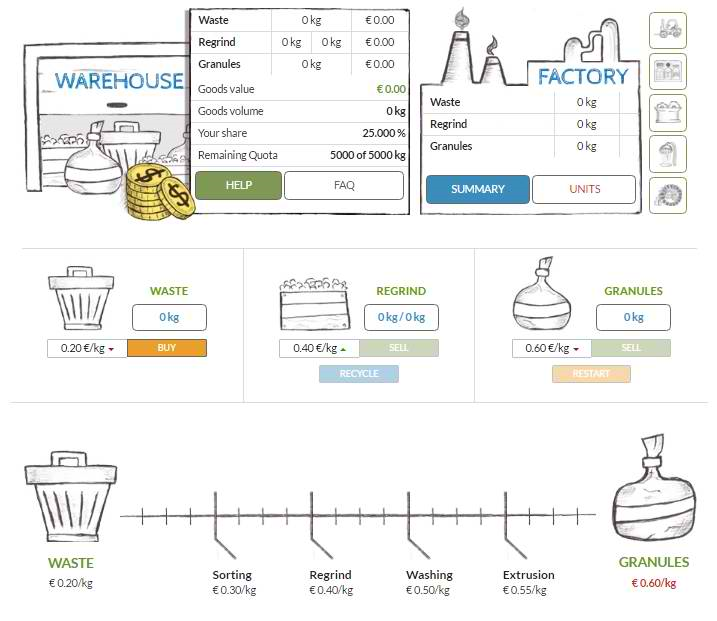 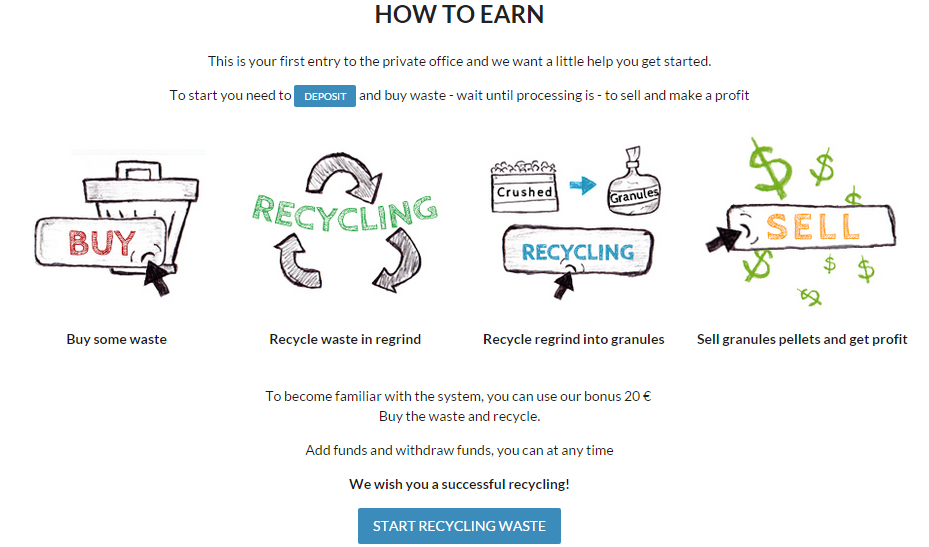 It’s a Ponzi scheme that’s undercover, a high yield investment program (HYIP). There is no waste recycling going on, despite all the efforts those who invented this have put into making that side of the scam look genuine.

It’s possible you could make a return on your investment, but the owners will try everything to get you to keep your money in the system. They don’t actually want to have to pay everyone out. If they do, the scheme will totally collapse.

I don’t recommend this as a good way to try and make money, and the fact that they’ve gone to so much trouble to set up this ruse, I would trust this money matrix even less than all the others I’ve seen. At least the other ones are upfront about being a money matrix.

The only reason I score it a 1.5 out of 10 instead of zero is for ingenuity. Nothing more than that.

Give it a miss.

My recommendation is to look for legitimate ways to make money online. Start a real business, something that you can grow and be proud of. I do affiliate marketing, but that’s just one possibility, although a really good one.

My affiliate marketing business has grown so much over the past few years. I get to work from the comfort of home or anywhere else I choose (the park, while out on town, overseas). My business can go wherever I do. Plus, much of my income is now residual and passive. In other words, the work I did 2 years ago still keeps making money for me today.

If you would like to learn how to do what I do, just click on the banner below for an introduction to some fantastic training that will fast track your success!