What is Team Vinh International? Is it some sort of scam MLM scheme or a legitimate money making opportunity? There seems to be some rather mixed reviews online, so what is it really all about?

Let’s take a peek and find out…

Avoid the scams and make money online by copying what I do! 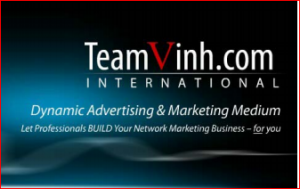 I’ll be honest here. I’m not a huge fan of the multi level marketing business model in its various forms. I know plenty of people out there are, but it’s not something I’m particularly fond of. Just so you know. However, if you like MLM, don’t allow my distaste for it to sway you. When I review MLM opportunities I look at what’s on offer, rather than advise you not to join just because it’s not for me.

What Is Team Vinh and How Does It Work?

First off, Team Vinh states they are not a MLM company, yet when you dig a little deeper, that is exactly what they are. So he tells a lie right off the bat. Not a great start.

His company is located in Singapore and he claims Team Vinh International offers a business in a box, a done for you system to make money on autopilot, basically. If you visit the website you are given the run around. Vinh seems to do his very best NOT to actually explain to us what his platform is all about or how to make money from it, which is a major red flag in my opinion and experience.

With this MLM system they claim that once you pay your joining fee, they will start adding people to your downline for you. Yes, you can go the usual route and recruit people yourself as well, but this is the first MLM I’ve ever seen that does recruiting for you.

While Team Vinh technically might not a be a multi level marketing company itself, what they really are is just a go between from member to a third party MLM company they are affiliate with called  Savings Highway.

From what I can gather, as Team Vinh is not the actual MLM, what they do is recruit people (I’d assume they recruit members into their own downline), and once they recruit you, they then continue to recruit others under you. But what they’re really doing is growing their own downline in the process. That’s why they say they’re willing to do the work for you. Now I’m not 100% positive about this, but that’s how it appears to be.

Whether that’s a good thing or not, I’m not sure, as something about this whole setup seems like you have absolutely no control over anything that’s going on. In all honesty, there doesn’t appear to be any real products here – either in Team Vinh or the third party MLM company. This is a money matrix, a pyramid system, a Ponzi scheme, only Vinh is not upfront about that fact like the other money matrix systems out there that I’ve seen.

As far as the compensation plan goes, I have no idea how the matrix works in this system because Vinh has chosen not to divulge any of that information. He would rather pretend he is helping you build a downline in a genuine MLM business (even though he denies the MLM part too), and that he’s doing this out of the goodness of his heart.

Basically you are just asked to blindly put all your trust in Team Vinh, pay your money and hope for the best, without even having any idea what you’re getting involved in, how it works, and how and when you will actually make any money and see any ROI. 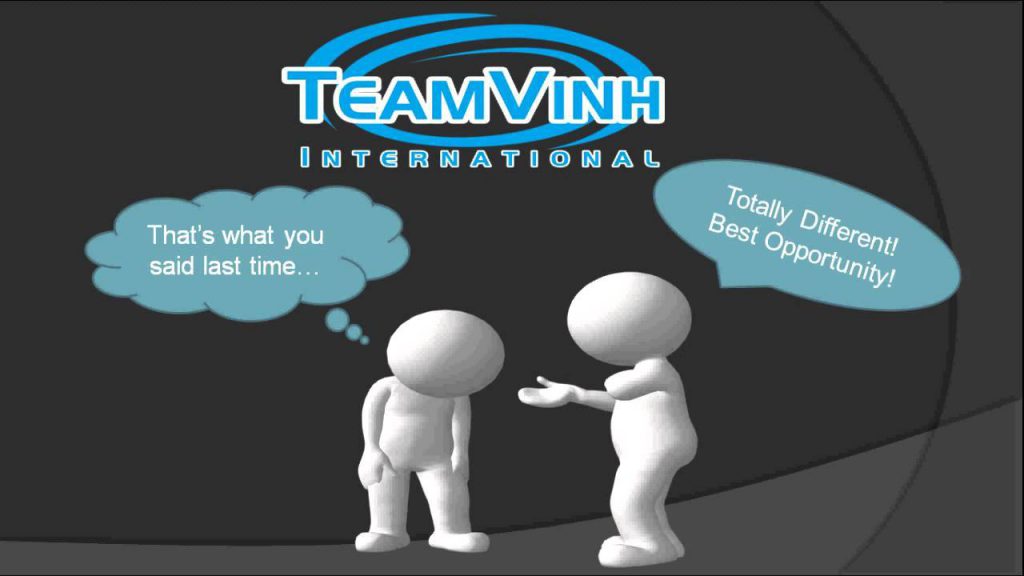 I’m not exactly sure what Vinh’s target market is with this scheme, as he’s shy to even say it’s MLM or anything at all. I guess his market is newcomers and just hopes people will somehow believe this sounds like a good opportunity and sign up. It’s all a bit mysterious, and it would really blow my mind if this guy managed to recruit anyone at all.

How Much Does Team Vinh Cost To Join?

To get started – just to get started – you will be out a total of $338.97, as well as continuing to shell out a further $39.95 a month. And this is all for something we know very little about. Vinh expects us to happily hand over this kind of cash for a program he refuses to even explain. Give me a break, mate. 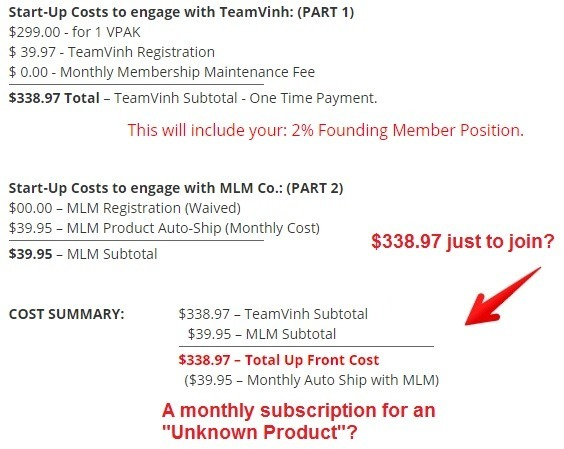 Is Team Vinh International a Scam?

Yes, it’s definitely a scam in my opinion. I believe the money matrix Ponzi scheme MLM system is somewhat of a scam as it is. This Vinh guy makes things even worse by refusing to even share even the most basic of information with us. If he wants us to be involved and invest some cash, he has an obligation to let people know what it is they are getting involved in and give them some control over the eventual outcome. How is anyone supposed to decide whether it’s worth joining or not?

But that’s the whole point. Vinh doesn’t want us to make an “informed decision”. This is more of a “just trust me” situation.

No thanks, Vinh. I don’t trust you.

Want to make real money online like I do. It’s actually far easier to get started and on your way to success than you might think.

My favourite business model for making money online is affiliate marketing. To learn how to get started and the best way to begin, click the banner below and I’ll explain it all to you.