Is Part Survey a Scam? While other survey platforms pay peanuts for your time, Part Survey claim it pays $14 per survey completed. But is this the truth or just a crock of BS?

Let’s take a look and find out….

Forget the dodgy scams! Click below for something real… 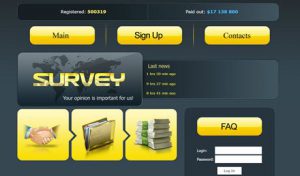 What Is Part Survey?

Part Survey is another paid survey site that has been around since the end of 2015. What’s interesting, though, is that unlike every single other paid survey platform I’ve comes across, I cannot find out which individual or company owns Part Survey.

This is a red flag for sure.

The registration country for the website is Russia, with Moscow being listed as the city.

Nothing against Russia when it comes to surveys, but for a website that’s totally in the English language, this is also very unusual.

The website claims to have paid out an astronomical $17 million in the past year to its 500,000 or so members.

The website itself barely has any information on it before you actually create an account with them. There is virtually nothing to look at or check out to see what it’s all about before signing up. Just the sign up form and the crazy amount of money they say they’ve paid people.

So, for a survey platform, the Part Survey site is extremely basic in appearance and really lacks any functionality. It looks like it was thrown together in a few hours from a basic theme. Certainly very limited and unsophisticated for this day and age.

Like any other survey site, the idea is to join for free, do surveys so companies can gather vital market research, then get paid for your time.

Most survey platforms will only pay you a couple of dollars max for a 20 minute survey. Part Survey reckons they pay a whopping $14. This is practically unheard of in the paid survey business.

When you first join, your account is immediately credited with a bonus $30 just for signing up. Everything is super generous so far.

Upon further digging you discover that the minimum amount to request a cash out is a massive $700!

Again, this is unheard of.

Now, there are several ways to make money with this site, apparently:

Payment is supposed to be through PayPal or Payza. Word around the internet is that no one gets paid by Part Survey, even those who have diligently reached the heights of the massive payout threshold never received their $700 cash.

Here's how I make over $10k per month entirely online…

What Part Survey Is Really All About

Part Survey is all about advertising revenue. Once into the site as a member, every time you go to take a survey there will be an ad displayed below it. What’s happening is Part Survey is either getting paid to display these ads, or getting a small commission each time an ad is clicked, or both.

Whoever created the website needs as much traffic as possible to make the most amount of money as possible.

The paid survey part is simply a ruse to get people joining their site, referring others to the site and everyone being active on the site, under the belief that they are actually making good money for surveys.

Likely the site owner is also receiving payment from the companies wanting the surveys. Only problem here is, none of this revenue is being shared with the members as promised.

Some people have even complained about money being stolen from their Payza or PayPal accounts.

Part Survey not only targets those looking to make some extra money online, with the amount they claim they pay per survey, and the seemingly generous referral program, loads of people are jumping on board. People who likely wouldn’t normally bother with paid surveys, but are lured in by the promise of bigger dollars.

How Much Does Part Survey Cost?

While the website is free to join, there’s no money to be made and it could cost you money if they manage to hack your payment account. 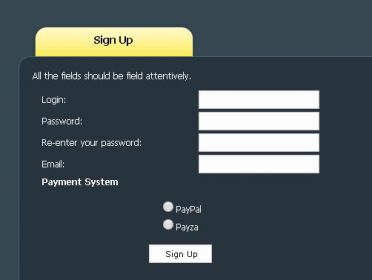 Is Part Survey a Scam?

Part Survey is a total scam. I only rate programs from 0 to 10 in my reviews, but this one really deserves to be minus something. Part Survey doesn’t pay its members, it steals from some of its members, and the website only exists so the site owner can make money from advertising. Everything about this website and the premise of being a paid survey platform is fake. It’s all lies.

Don’t touch this website. Do not trust them. Don’t give them any of your details. Steer well clear of Part Survey. 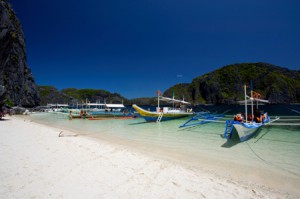 There is real money to be made online, even if you want to earn pennies on real paid survey sites. I used to do quite a few paid surveys myself, but I don’t bother any more as the trade off for my time is just not worth it.

These days I do affiliate marketing for a living. Anyone can do it, so long as you have access to the internet and have a computer or laptop. It’s not rocket science. With some solid training to show you the right path to take, I believe everyone who is determined enough can create a financially profitable affiliate marketing business.

I’m now making more than 5 figures online per month. If you would like to live the laptop lifestyle dream of complete freedom, then join me. Click the banner below for more information on how to get started.